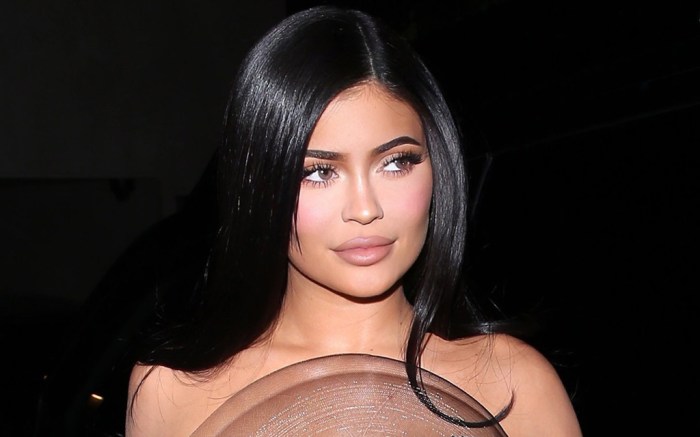 Kylie Jenner and her best friend Anastasia Karanikolaou twinned in the most daring looks.

As seen on her Instagram page, the two influencers matched in nude long-sleeve tops and leggings worn under mesh waist trainers from Kim Kardashian’s Skims shapewear line. Designed to cinch the midsection and torso, the product dropped on July 21 and retails for $76 at Skims.com.

The PVC pointed-toe pumps include completely clear uppers with a nude sole and 4.5-inch curved heel. The nearly invisible style retails for $719, but Farfetch has the pair discounted for as low as $288.

PVC footwear rose to prominence in 2018 and has since become a staple on the celebrity style scene. Brands like Gianvito Rossi, Christian Louboutin and Amina Muaddi have jumped on the clear shoe train with bold heels and studded designs that flatter the foot and elongate the legs. Jenner’s own sisters are huge fans of the trend and oftentimes frequent styles from Yeezy just like the Kylie Skin founder.

On top of creating her own uber-successful Kylie Cosmetics beauty line, the youngest Jenner sister also has had multiple gigs in the sneaker world. She formerly served as a brand ambassador for Puma before linking up with Adidas in August 2018, exclusively wearing Three Stripes styles in campaigns and across social media.

At the start of 2020, though, the celebrity posted photos of herself wearing a series of Nike sneakers, leading fans to speculate that her contract with Adidas had expired. Since then, Kylie has continued wearing rare Swoosh-adorned kicks, including rare Nike Air Yeezys and SB Dunk Lows from Travis Scott’s collaboration.

Click through the gallery to check out more of Kylie Jenner’s boldest footwear moments.