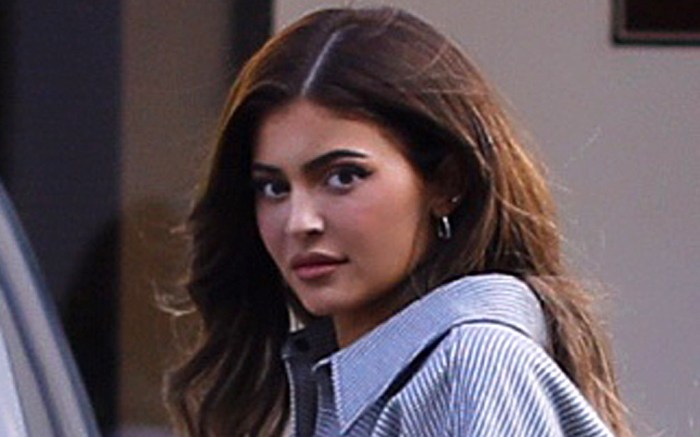 Kylie Jenner brought back a few of the 1990s biggest trends with her stylish off-duty look.

For her outfit of the day on Tuesday, the beauty mogul matched a short white crop top to high-rise mom jeans and a printed knit bucket hat as seen on Instagram. She then sealed the whole look together with her choice of throwback sneakers from Jordan Brand.

The original Air Jordan 3 released after Michael Jordan’s 1987 to 1988 season and quickly became yet another classic style from Nike’s Jordan Brand line. The style is recognizable for its mid-level height and leather overlays with padded perforations, Air unit in the heel and a unique lacing system.

Jenner’s specific colorway, the “Laser Orange” iteration, dropped just last month on Aug. 21 as a women’s-only release with a $190 price tag; the pair features pops of neon yellow-orange accents with elephant skin texture across the tongue box and heel. The pair now resells for upward of $223 to $348 at resale site StockX.com.

As for Kylie herself, the youngest Jenner sister has held multiple gigs in the sneaker world. She formerly served as a brand ambassador for Puma before joining forces with Adidas in August 2018, exclusively wearing Three Stripes styles in campaigns and across social media.

Click through the gallery to see more of Kylie Jenner’s impressive style evolution over the years.