A Peek at Kylie Jenner’s Past Five Birthday Outfits 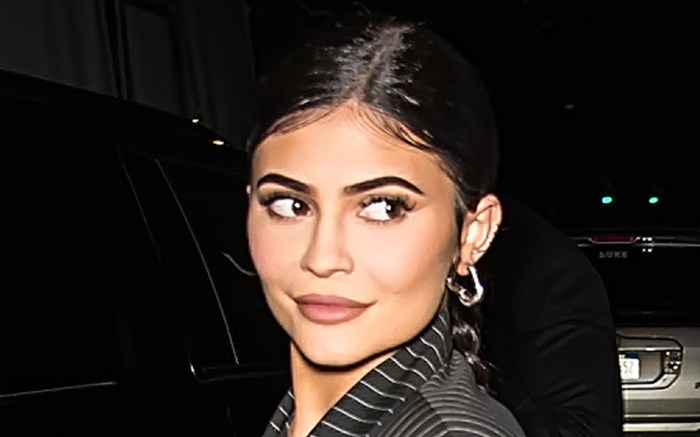 It’s that time of year again, Kylie Jenner’s birthday. This year the youngest of the Kardashian/Jenner clan turns 23.

She’s been awfully quiet on her Instagram today, only sharing stories that other stars have tagged her in, including a sweet birthday post from her sister Kendall Jenner. In the photo, the pair appear on the MET red carpet for 2019’s Camp dress code, Kendall wearing an orange Versace dress and Kylie in a matching purple Versace outfit.

The beauty brand entrepreneur got several extravagant well-wishes from her Kylie Cosmetics team, including a sculpture-sized bouquet of sunflowers and life-sized “HBD Kylie” letters that lined the office hallway.

In honor of the beauty mogul’s birthday, we thought we’d reflect on some of her past most-fashionable birthday outfits.

Jenner’s 18th birthday party was just as big of a celebration: Tyga, her boyfriend at the time, surprised her with a white Ferrari. She wore both a sparkly black dress and a long sleeve white shimmery dress with her nude Portofino heels

For her 19th birthday, which she celebrated at The Nice Guy in Los Angeles, Jenner opted for a sheer Balmain lace jumpsuit paired with Valentino lace pumps. The Valentino pumps, which retail for $995, have a floral lace upper and a leather-covered 4-inch heel.

For her 20th birthday, the Kardashian/Jenner sisters threw Kylie a surprise party. Returning from her boyfriend Travis Scott’s concert with Kendrick Lamar, Kylie wore an all white ensemble with Adidas sneakers.

We’ll never forget Jenner’s 21st birthday party when the entire Kardashian family dressed up like Barbie dolls. That year, the birthday girl was photographed arriving in a hot-pink peak-shouldered dress by Peter Dundas and matching Olgana Paris wrap-around pumps. Later, she quick changed into one of her most expensive looks yet: an $8,000 custom LaBourjoisie jumpsuit bedazzled in Swaravoski crystals.

Last year, for her 22nd birthday, the “Keeping Up with the Kardashians” star spent her birthday on her private yacht in Italy with family and friends. She sported a fun tie-dye dress and casual white slides aboard sea with Travis Scott, the father of her daughter Stormi.

Named Forbes‘ youngest self-made billionaire, Jenner has accomplished a lot in her 23 years. She is known for her successful namesake cosmetics line and she also made her debut as an Adidas brand ambassador last year.