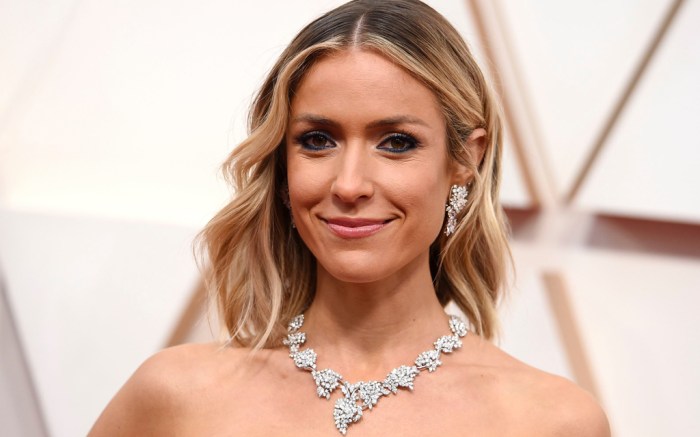 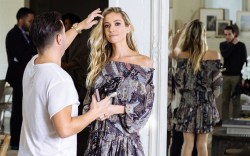 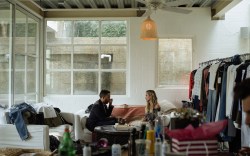 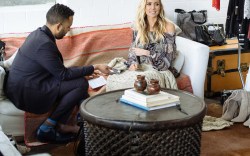 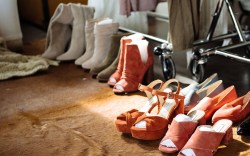 Kristin Cavallari modeled pieces from her own jewelry line in the most summer-chic way.

In the photo posted to her Instagram Story today, Cavallari was a bronzed beauty in a one-shoulder white cut-out bathing suit that resembles a $250 design from Haight. She accessorized with a $68 layered gold necklace and $52 chain-loop earrings, also adding in a few matching gold rings as well for a finishing touch.

Cavallari founded Uncommon James in 2017, with jewelry retailing for under $75, and also has Little James Clothing like for children.

Though she went barefoot for her latest photo shoot, the 33-year-old has longtime ties to the footwear and fashion industries. She became a brand ambassador for Chinese Laundry in 2012 and designed her own collection with the brand for several years. In 2017, the media personality took part in an interview with the brand’s CEO Bob Goldman as part of an FN cover shoot, discussing what almost 50 years in the footwear industry teaches you as well lessons on working with family. Watch the interview below.

Nowadays, Cavallari’s typical everyday ensembles include layers of athleisure and footwear from one brand in particular: Vionic. She often favors the brand’s $130 Giselle style featuring a standout cut-out top, mesh uppers and a multifaceted lacing system. She previously has sported the Alaina silhouette as well with its neoprene and knit fabric uppers. Finished with adjustable bungee laces, the shoes retail on Vionicshoes.com for $120.

When she isn’t in her workout gear, the 33-year-old favors towering stilettos — she told FN in 2017 it’s “always” heels over flats. Her collection, including styles from likes of Gianvito Rossi, Prada and Stuart Weitzman, could be seen in her former television series “Very Cavallari.”

Click through the gallery to find more of Kristin Cavallari’s best off-duty looks.