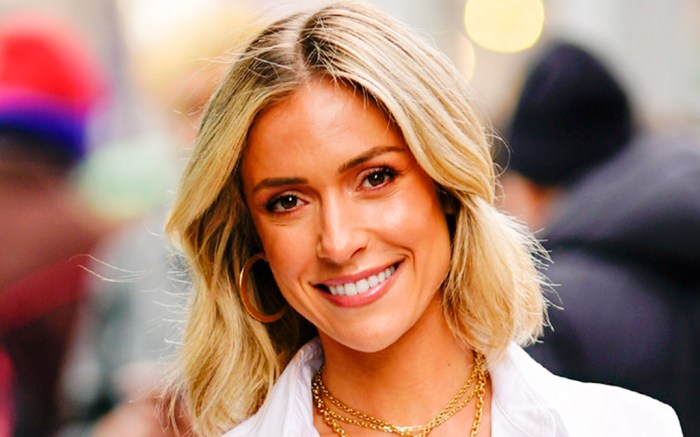 Kristin Cavallari is pulling out a celebrity-favorited trick that is sure to elongate your frame.

The 5-foot-3 media personality joined a group of friends for a girls’ night yesterday, posing with three acquaintances in a driveway as seen on her Instagram stories. While her friends opted for darker ensembles, Cavallari chose a neutral-toned combination with an asymmetric strappy white top and a nude ruched wrap skirt.

Teamed with a set of thin-strap stiletto sandals, the high cut of the skirt and the almost invisible shade of her footwear proved for the perfect leg-lengthening storm. Neutral footwear is known to make legs look longer (as the distinction between leg and foot is blurred) and a higher, angled hem reveals more skin and therefore gives the appearances of more height.


As for her shoes, the 33-year-old usually favors towering stilettos for her formal occasions — she told FN in 2017 it’s “always” heels over flats. Her collection, including styles from likes of Gianvito Rossi, Prada and Stuart Weitzman, could be seen in her former television series “Very Cavallari.”

When she is not heading out for a night on the town, Cavallari’s typical everyday ensembles include layers of athleisure and footwear from one brand in particular: Vionic. She often favors the label’s $130 Giselle style featuring a standout cut-out top, atypical mesh uppers and a multifaceted lacing system. She previously has sported the Alaina silhouette as well with its neoprene and knit fabric uppers. Finished with adjustable bungee laces, the Alaina shoes retail on Vionicshoes.com for $120.

Beyond both red carpet looks and her off-duty trends, Cavallari also has longtime ties to the footwear and fashion industries. She became a brand ambassador for Chinese Laundry in 2012 and designed her own collection with the brand for several years. She also founded her own accessories brand Uncommon James in 2017, with jewelry retailing for under $75, and has her Little James Clothing line for children.

Try out Kristin Cavallari’s leg-lengthening trick at home with these nude sandals.

Click through the gallery to find more of Kristin Cavallari’s best off-duty looks.