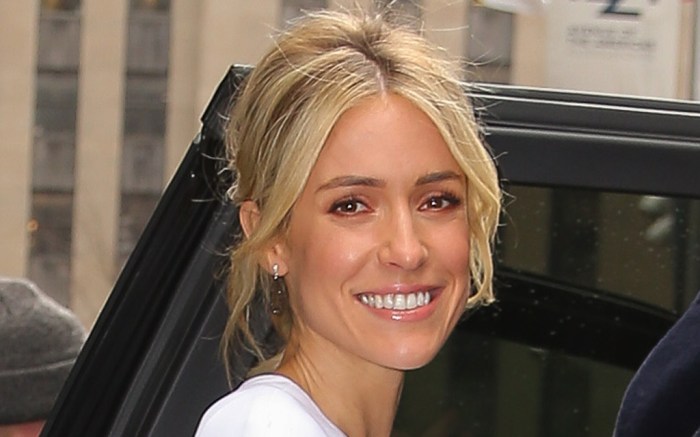 Kristin Cavallari spent her Sunday afternoon getting in a different form of activity than normal.

The “Laguna Beach” alumna joined her kids at a local rock-climbing gym as the group scaled mock building walls and climbed across treacherous obstacle courses this weekend. As seen on her Instagram story, Cavallari prepped to get moving in an effortless white t-shirt, cropped black leggings and blue crew socks.

The thickened socks came with a dipped hem and helped provide more traction along with health safety as she claimed up a version of a brick wall.

In addition to colorful socks and black leggings, Cavallari’s typical everyday ensembles include layers of athleisure and footwear from one brand in particular: Vionic. She prefers the brand’s $130 Giselle style featuring a standout cut-out top, mesh uppers and a multifaceted lacing system. She also has previously modeled the brand’s Alaina silhouette as well with its neoprene and knit fabric uppers. Topped off with adjustable bungee laces, the shoes retail on Vionicshoes.com for $120.

Though she was not wearing shoes in yesterday’s snap, the 33-year-old usually prefers teetering stilettos for her formal occasions — she told FN in 2017 it’s “always” heels over flats. Her collection, highlighting styles from likes of Gianvito Rossi, Prada and Stuart Weitzman, could be seen in her former TV series “Very Cavallari.”

Click through the gallery to find even more of Kristin Cavallari’s best street style looks over the years.