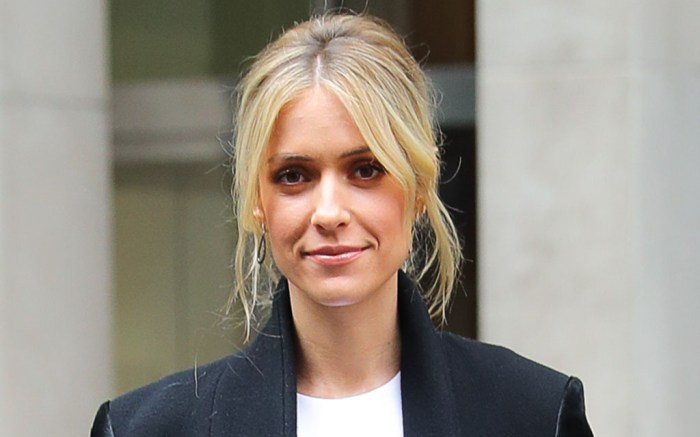 Kristin Cavallari posted a cute picture of herself and her friend Justin Anderson to her Instagram today, lounging by the pool in a black bikini and a knit black cover-up. For footwear, the Uncommon James founder wore a pair of black APL pool slides.

Longest relationship of my life

The 33-year-old TV personality gave her casual pool ensemble a fun twist with jewelry from her own line, Uncommon James, a pair of black sunnies and a cute white fedora with black ribbon detail.

APL has quickly become a fan-favorite with celebrities such as Lea Michele, Sofia Richie and Kylie Jenner sporting their shoes. The APL Techloom tracer has gained popularity due to its molded lycra collar and tongue which allows for wearers to easily put the shoe on and off, as well as its sculpted heel, which offers a full range of motion.

It’s no wonder that Cavallari turned to APL’s pool slides for a lazy day by the pool, as they feature a soft and flexible TechLoom strap with mesh lining as well as an antimicrobial mesh footbed designed to massage your foot with every step. Each pair of Techloom slides retails for $100.

While she opted for a pair of comfy shoes by the pool, the 33-year-old usually prefers teetering stilettos for her formal occasions — she told FN in 2017 it’s “always” heels over flats. Her collection, highlighting styles from likes of Gianvito Rossi, Prada and Stuart Weitzman, could be seen in her former TV series “Very Cavallari.”

Snag a pair of pool slides for your next lazy day by shopping styles similar to Cavallari’s below.