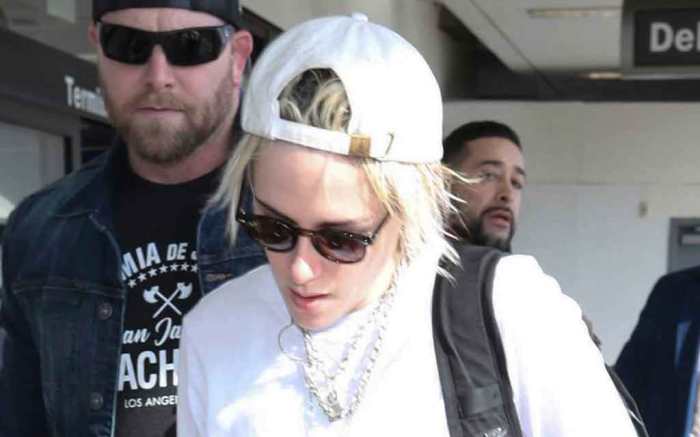 Kristen Stewart jetted out of Los Angeles Wednesday in a sporty-chic outfit. The “Seberg” actress was spotted exiting LAX Airport in a casual look complete with worn-in sneakers.

On her feet, the “Charlie’s Angels” star wore Converse Jack Purcell low-cut sneakers. Designed in 1935 for Canadian badminton champ Jack Purcell, the kicks have a classic, understated appearance that hasn’t changed much over the years, including the signature “smile” accent at the toe. Converse has, however, increased the cushioning and support in the sneakers. They retail for $65 on Converse.com.

The “Twilight” alum carried a black Nike backpack. She accessorized with sunglasses, layered necklaces and a backward baseball cap.

Stewart has many sneakers in her wardrobe, including silhouettes from Vans, Nike and Adidas. But she’s been a fan of Converse kicks in particular for more than a decade — and she’s even worn them on the red carpet. At the 2009 MTV Movie Awards, the A-lister wore a red and black Yigal Azrouel minidress with black high-top Converse Chuck Taylor sneakers.

Click through the gallery to see Kristen Stewart’s best shoe style over the years.