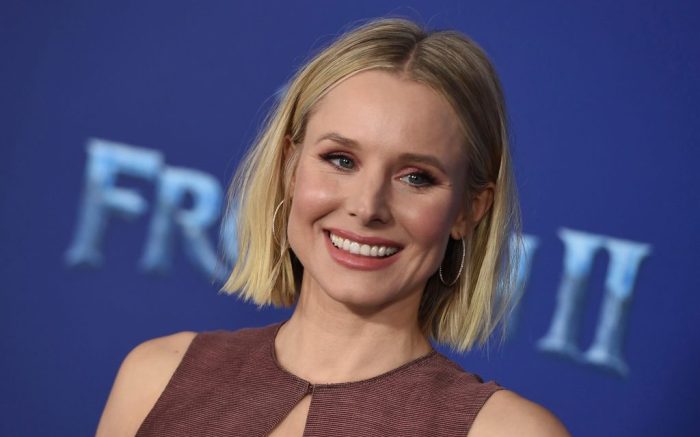 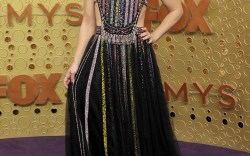 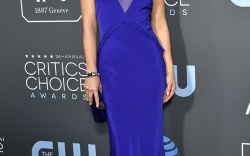 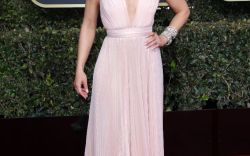 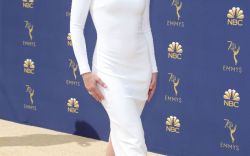 Kristen Bell has come a long way since she first rose to fame on “Veronica Mars” 16 years ago — both in terms of her career and her red carpet style.

At the Critics’ Choice Awards on Sunday, the actress will be honored with the fourth annual #SeeHer Award, which recognizes a woman who pushes for the authentic portrayal of women in entertainment. If recent history is any indication, Bell is likely to pull out all the stops with her red carpet ensemble for the occasion.

The A-lister’s last awards show appearance came in September at the 2019 Emmy Awards. She stepped out in a striped Dior gown with cut-out accents on the sides; the dress hid her footwear.

At the Critics’ Choice Awards last year, Bell sported a cobalt Cushnie gown with a floor-length hemline and sheer paneling at the bust.

For more formal appearances, the New York University alum tends to choose gowns that sweep to the floor, but she’s been spotted in shorter hemlines before. At the “Teen Titans Go! To the Movies” premiere in July 2018, Bell teamed a glistening Osman blazer with a white Adriana Iglesias button-down. Black pointed-toe Jimmy Choo pumps completed the look.

Over the past five or so years, Bell seems to have hit her style stride — and she likes to keep things fairly simple. The Michigan native typically opts for solid-colored gowns and simple accessories, sometimes mixing things up with some sparkles or a subtle pattern. For footwear, she sticks with simple, sleek silhouettes, like strappy Jimmy Choo sandals or pointed-toe Christian Louboutin pumps.

One thing’s for certain: Bell’s fashion has come a long way since she burst onto the scene in 2004. For the Vibe Awards that year, she wore a teal and navy dress with a strapless neckline and a frilly skirt. Strappy gold sandals completed the look.

Click through the gallery to see how Kristen Bell’s red carpet style has changed over the years.

Kristen Bell Gets Patriotic in These Kenneth Cole Kicks