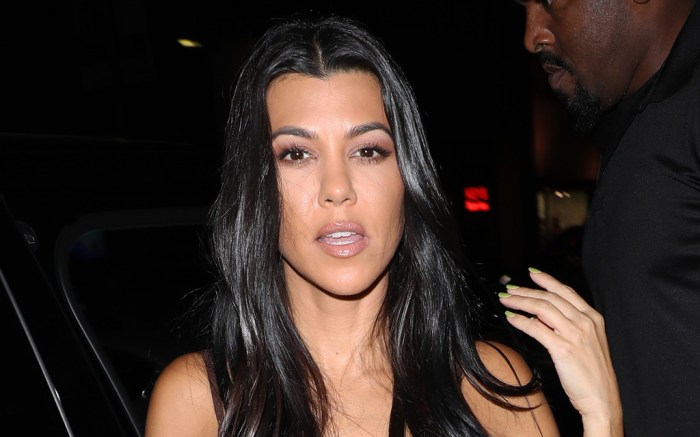 On Wednesday, Kardashian shared a photo of herself wearing the iconic costume from the Disney animated film “Cinderella,” which she fittingly captioned: “Your fairy godmother.” Kardashian shared another look of her ensemble on her Instagram Story, posting a selfie of herself and daughter Penelope, who was dressed as Belle from “Beauty and the Beast.” Kris Jenner was also in the shot, and appeared to be wearing a different Disney costume.

Kardashian put her own grunge twist on the ensemble as she paired the costume with a choker, tights, and black platform oxfords. The sleek shoe featured laces and a chunky heel.

Oxfords have been around for some time, but became buzz worthy this year after brands like Prada released new iterations of the trend, offering an array of glossy patent leather styles.

Last month, Kardashian and pal Addison Rae stepped out in New York in coordinating chunky lug-sole footwear courtesy of Prada. Kardashian’s pair came in the form of the brand’s Monolith combat boots whereas her 20-year-old counterpart had on the label’s Creeper version of the shoe.

The low-top pair comes set atop a lifted sole with lugged detailing across the midsole and smooth patent uppers. You can find Rae’s pair retailing for $950 at Farfetch.com.

The bulky shoe is not only trendy, but versatile as it can be worn in the winter and summer. Kardashian proved this true when she wore Prada’s Monolith creepers in July paired with a long-sleeve black crop top and matching shorts. She wore an Hermes Kelly bag as a crossbody and accessorized with a multicolor hair scarf.

Join the oxford trend and shop these affordable picks below.