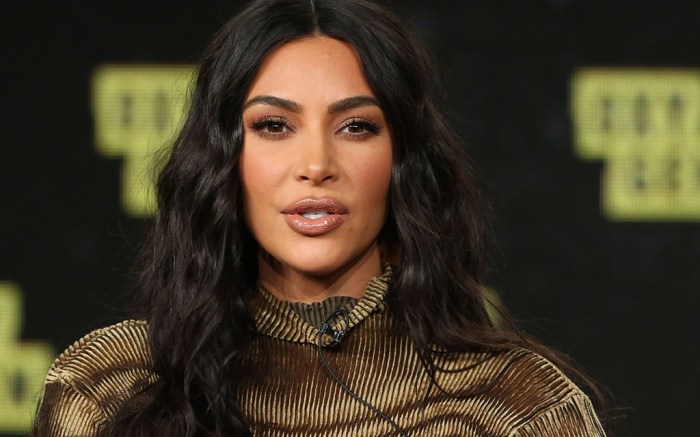 Kim Kardashian may be a lawyer in training, but that doesn’t mean she’s swapping her typically glamorous style for a uniform of skirt-suits and power pumps.

The 39-year-old businesswoman attended a panel for her new show, “The Justice Project,” wearing a powerful look that still felt very Kim K.

The “Keeping Up With the Kardashians” star posed in a golden, velvetlike turtleneck and black leather midi skirt.

On her feet, the KKW Beauty mogul wore shoes she’s been wearing a lot lately: Balenciaga Knife boots. A favorite among the celebrity set, the Knife boot is made from spandex for a socklike silhouette; it also is defined by an extreme pointed toe (hence the “Knife” moniker). Kardashian’s pair was accented by a 4.5-inch stiletto heel; it retails for $1,290 on Net-a-Porter.com.

While the Knife silhouette has found fans among stars like Hailey Baldwin, Lily Aldridge and Kardashian’s youngest sister, Kylie Jenner, her choice of boot may be a little bit more lawyerly than one might think on first blush. Former first lady Michelle Obama, a Harvard Law School grad, wore a gold, thigh-high pair of the boots in 2017 during a Brooklyn, N.Y. book tour stop.

Flip through the gallery to see Kim Kardashian’s body-confident style.