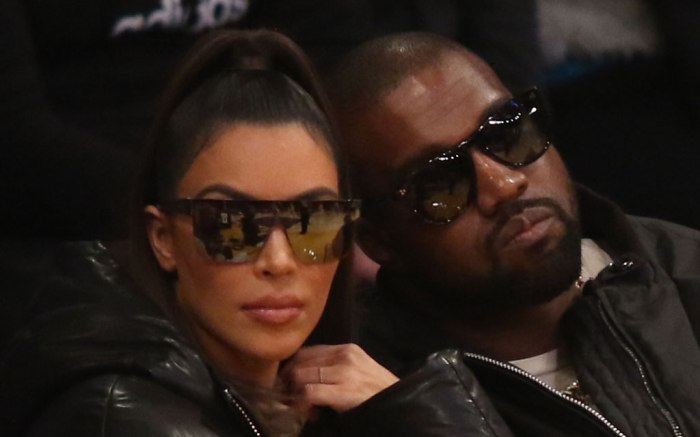 For shoes, the reality star went with silver sequined boots, choosing Balenciaga’s Knife silhouette. The Balenciaga Knife, which boasts an extreme pointed toe and a slim stiletto heel, is marked down on Matchesfashion.com from $2,190 to $876 (60% off).

Kardashian wore her hair in a half-up, half-down style and accessorized with oversize sunglasses.

Meanwhile, West wore neutral tones, choosing a black windbreaker and olive green pants. For footwear, the rapper turned designer wore a pair of military-style boots from his own Yeezy label.

The Balenciaga Knife has been favored by an array of celebrities including supermodel Hailey Baldwin, pop star Rita Ora and even former first lady Michelle Obama. Kardashian herself has been spotted in the style before, having chosen an eye-catching violet pair during a December trip to New York.

Although she’s worn Balenciaga’s Knife boots twice in recent weeks, Kardashian can most frequently be spotted in Yeezy. The Skims shapewear mogul has also recently been seen in footwear from Manolo Blahnik and Giuseppe Zanotti.

Flip through the gallery to see Kim Kardashian’s most body-confident ensembles over the years.