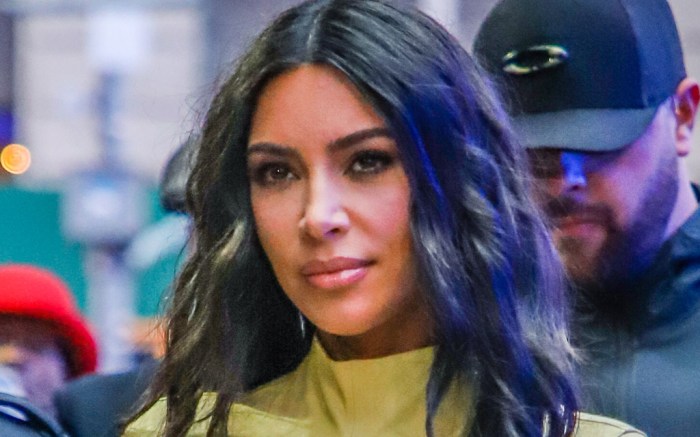 Kim Kardashian provided proof this week to end rumors about her feet for once and for all.

The “Keeping Up With the Kardashians” star has been the target of speculation for months over the shape of her feet, with fans claiming she has six toes on her left foot, not the typical five. Last night, though, Kim took to Instagram Stories to prove that she does in fact have a normal amount of toes as she showed off her feet in a pair of trending thong-toe sandals.

In the series of videos shared to her account, Kim gave a glimpse at her toes saying: “Okay so everyone thinks that I have six toes and its really wild but its this part of my foot that when I wear a shoe just like this, it like smashes down right here in a picture — I don’t know why that looks a sixth toe. I hope that answered my sixth toe question because I only have five toes on each foot.”

The rumors of Kim Kardashain’s sixth toe have been circulating for over a year now, even though the KKW Beauty founder herself responded to the rumors last August to disprove them. The speculation started after a photoshoot for her collaboration with Kylie Jenner’s Kylie Cosmetics line went viral thanks to the illusion of an added toe in the image.

When she is in fact wearing footwear though, Kardashian oftentimes favors shoes from Balmain, Balenciaga, Stuart Weitzman and Bottega Veneta. She also frequents apparel from her husband’s Yeezy collections as well, matched to shoes from his Adidas Yeezy line.

Beyond stylish looks on and off the set of “Keeping Up With the Kardashians,” Kim also dipped her toes into the fashion and beauty world with a mix of ventures. She created her Skims shapewear line in 2019, featuring a mix of inclusive designs and now affordable face masks too. Additionally, the media personality also founded her own makeup line, KKW Beauty, last fall.

Check out the gallery for more of Kim Kardashian’s most risk-taking looks over the years.