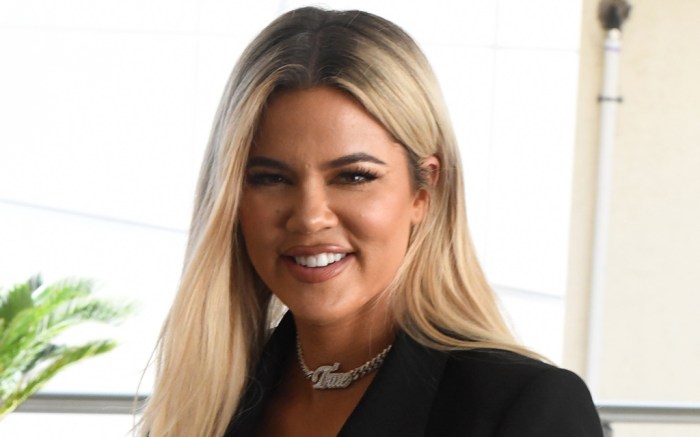 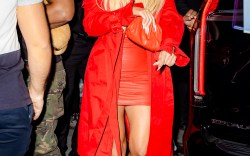 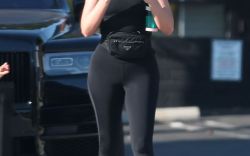 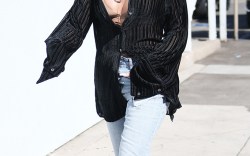 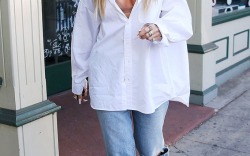 Khloe Kardashian showed off her impressive yoga skills this week as she joined forces with migraine medicine Nurtec ODT.

The “Keeping Up With the Kardashians” star promoted the product as she herself has experienced difficulties with extreme migraines. In the post shared on Instagram, Khloe explained: “When my neurologist prescribed NurtecODT (rimegepant) it was such a relief because it can start working in 15 minutes, and within an hour I can be exercising or doing anything I would’ve done before.”

The photo showed the Good American founder in a downward dog pose while wearing $89 ombré blue leggings from her own brand matched to a strappy-back sports bra and a pair of sneakers from Kanye West’s line.

#Sponsorship One of the most stressful things about #migraine (besides the debilitating pain of course) is the uncertainty. I never know how long it will last or when I’ll feel normal again. When my neurologist prescribed @NurtecODT (rimegepant) it was such a relief because it can start working in 15 minutes, and within an hour I can be exercising or doing anything I would’ve done before. I am so grateful to be able to take back my days from migraine. Other people are too, and we’re using #TakeBackToday to share our stories. See safety info here: @nurtecodt_pi. For the acute treatment of migraine in adults. Not a preventive treatment. Do not take Nurtec ODT if allergic to Nurtec ODT (rimegepant) or its ingredients. The most common side effect was nausea. Prescription only.

For her workout shoe of choice, Khloe slipped on a set of Adidas Yeezy sneakers. The brand’s Boost 350 V2 silhouette in the “Cloud White” colorway released in September 2019 and featured the sports brand’s signature Boost cushioning with knit uppers. Though the style once retailed for $220, it now resells for upwards of $290 to $699 at resale site StockX.

In addition to her cool blue sneakers, Khloe Kardashian frequently sports even more styles from her brother-in-law Kanye West’s Yeezy line and typically can be spotted in teetering heels rather than relaxed sneakers; one of her go-to brands for heels is also none other than Christian Louboutin. When it comes to apparel, the 36-year-old founded her inclusive denim brand Good American in 2016 and has since expanded the line to include workout-ready active gear, accessories and face masks.

Flip through the gallery to see more of Khloe Kardashian’s best street style looks over the years.