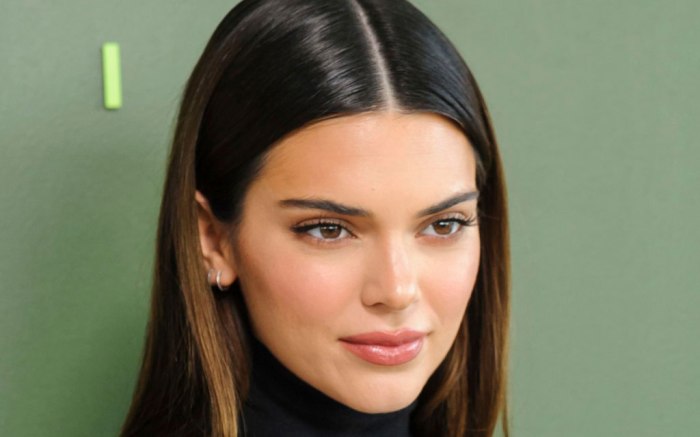 Kendall Jenner went for an edgy-chic evening look yesterday as she stepped out to Nobu in Malibu, Calif. ahead of pal Stassie Karanikolaou’s birthday bash.

Jenner was clad in a little black minidress, which she layered under a matching jacket.

For footwear, the “Keeping Up With the Kardashians” star selected Prada’s Monolith boots. The shoes have a leather upper,  a chunky rubber sole and a 2.75-inch flatform; they also feature detachable nylon pouches that can carry small items like keys or cash. While the boots are now sold out, they previously were available for purchase on Nordstrom.com with a $1,450 price tag.

Jenner accessorized with a yellow and black zebra-print minibag from Kwaidan Editions.

In recent years, combat boots have surged in popularity amid fashion’s current obsession with all things ’90s fashion. The style evokes the grunge movement that dominated the decade, led by Seattle bands such as Nirvana and Soundgarden. Prada’s Monolith boot in particular has found popularity among many stars, with other famous fans including Bella Hadid, Ciara and Elsa Hosk. Jenner herself has been spotted in the silhouette numerous times, pairing her boots with everything from jeans to pajamas.

Below, we’ve rounded up some fierce combat boots you can try out to emulate Jenner’s look.

Click through the gallery to see how Kendall Jenner’s style has evolved through the years.