Katie Holmes’ Met Gala Looks Through the Years: Sparkles, Ruffles and So Much Zac Posen 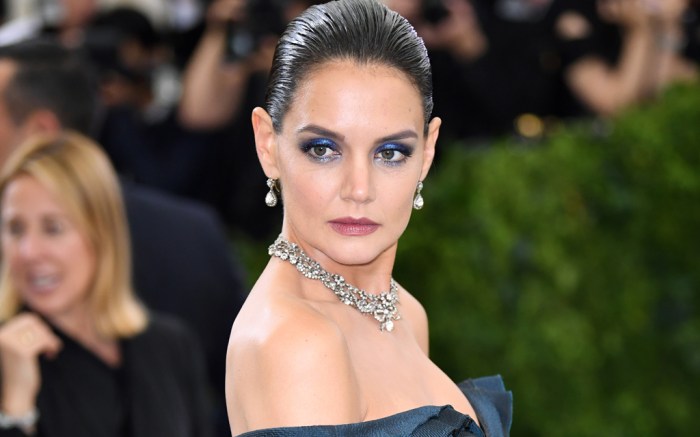 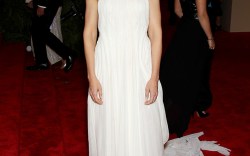 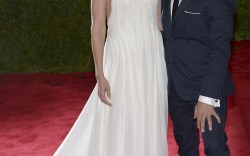 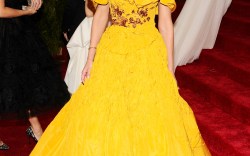 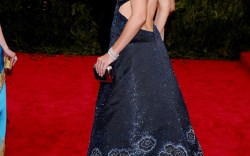 Katie Holmes may be in quarantine right now, but most years, she would instead be at the Met Gala.

Over the years, the actress has made many appearances on the red carpet at the annual event, held on the first Monday of May at the Metropolitan Museum of Art in New York. She first attended the Met Gala in 2008 alongside then-husband Tom Cruise. That year, Holmes sported a sparkling red strapless gown from Giorgio Armani with blue pointed-toe pumps.

After a five-year hiatus, Holmes made her second appearance at the Met Gala in 2013. That night, she wore a Calvin Klein halter-style gown, posing for photos with the label’s creative director, Francisco Costa.

And in 2014, Holmes made another stylish appearance, hitting the red carpet in a yellow off-the-shoulder gown from Marchesa.

While she wore a different brand each of the first three times she went to the Met Gala, the “Batman Begins” star has consistently been a guest of the same designer, her good friend Zac Posen, for all of her subsequent Met Gala appearances. In both 2015 and 2016, she stepped out alongside Posen wearing sparkling floor-length gowns that came in dark hues with floral accents. The first time around, she wore a dress with cut-out accents and a full skirt; for the latter appearance, she selected a tank-style dress with a sweetheart neckline and empire waist.

Holmes’ two most recent Met Gala appearances have both featured Posen gowns with trumpet skirts. In 2017, she hit the red carpet in an off-the-shoulder navy gown with elegant ruffle detailing and a low neckline. She skipped the event in 2018 but returned in grand fashion in 2019, choosing a purple dress with tulle accents.