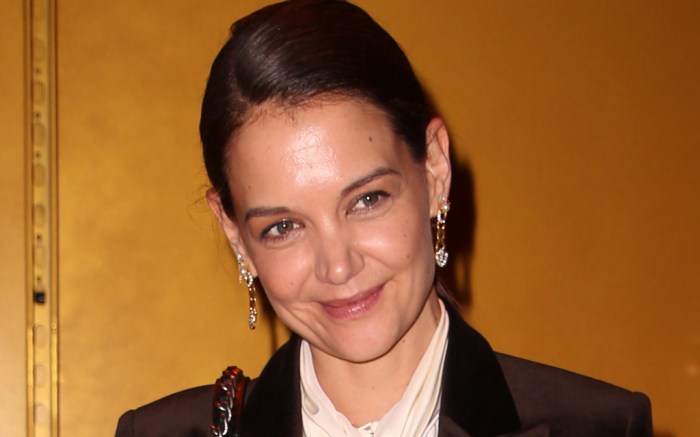 Katie Holmes followed on the heels of the 2020 mood meme celebrity trend by posting a video yesterday of her koala slippers throughout the months of January to September.

The 2020 mood meme started with A-lister Reese Witherspoon using a compilation of photos of herself from roles to describe how 2020 has evolved. The meme began with her infamous role as Elle Woods in “Legally Blonde” and ended with the same four images of a disheveled Cheryl from “Wild.”

Other stars, such as Viola Davis, Mark Ruffalo and Mindy Kaling joined in posting similar memes of themselves on their Instagram accounts.

The months of January and February start out playfully as she shuffles skips across the screen. Then March hits and her slippers stand still. The endless month of April is represented by a slow walk of the slippers across the screen. By the time we hit July, Holmes is in the splits. August shows two empty slippers and September is one sole koala slipper.

This comfy-jogger look is a chic loungewear alternative to what Holme’s typically wears for a day on the town. Often seen in wide-leg mom jeans, Holmes usually pairs her ensemble with a classic sneaker or a pair of tall boots. Recently, she’s been spotted following this summer’s “ugly” sandal trend, wearing Birkenstocks and slide-on sandals.

To shop the look from Holmes’ video, you can find similar items below.