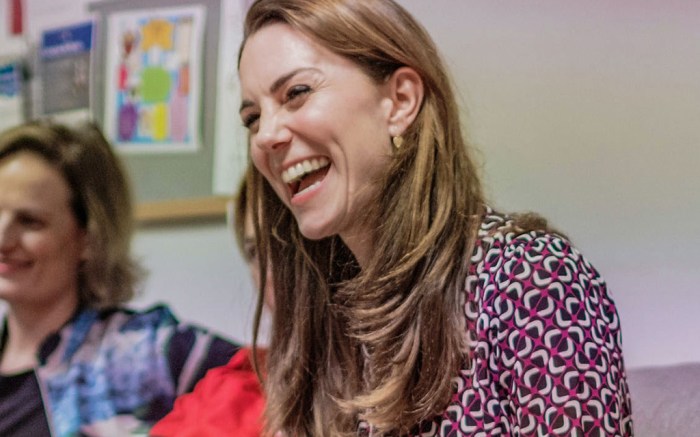 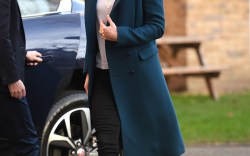 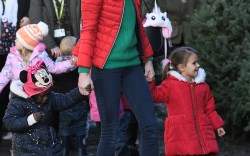 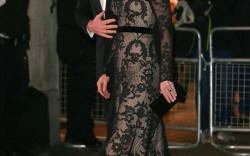 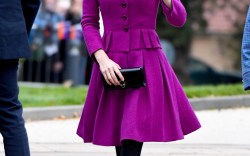 Today is Canada Day and to mark the occasion, the Duke and Duchess of Cambridge have just released a prerecorded Zoom call they made to healthcare workers in the country.

The Duchess wore a red and white tweed look by Alexander McQueen in a similar color combination to the Canada flag.

Alexander McQueen’s Sarah Burton, of course was the designer behind Middleton’s wedding dress.

The dress is from a former collection and sold out but you can buy similar from Kate Spade.

🇨🇦 On #CanadaDay we say thank you to frontline workers across the country for your amazing work protecting and supporting your communities. À l'occasion de la fête du #Canada, nous remercions les travailleurs de première ligne à travers tout le pays pour votre travail extraordinaire de protection et de soutien de vos collectivités. The Duke and Duchess spoke with staff at @FraserHealth’s Surrey Memorial Hospital in British Columbia to hear about their experiences working to combat the Covid-19 outbreak, and the unique challenges of providing care throughout the outbreak, including the impact on staff, patients and their families. Visit the link in our bio to watch more from their conversation 🎞️

The healthcare professionals told Kate Middleton and Prince William about their experiences working to combat the Covid-19 pandemic and “the unique challenges of providing care through the outbreak, including the impact on staff, patients and their families.”

“Catherine and i wanted to touch base to say how proud we are of all of you and of everyone on the frontline who has led the way very stoically and very bravely, and put patient care right at the top of the list and have done a fantastic job,” said Prince William.

The Duchess of Cambridge added: “It’s an amazing role that you’re playing and a hugely tough one as well. We’re in huge admiration of everything you’re doing.”

On a previous Zoom outing last month the Duchess paid tribute to British healthcare workers by the color of her dress.

Just over 24 hours left… • Before the 'Hold Still' entry window closes tomorrow, 18th of June at 6pm (UK time). Submit your images through our link in bio to help capture the spirit of the nation and what everyone is going through at this time! In collaboration with the @NationalPortraitGallery, one hundred shortlisted portraits will feature in a gallery without walls – a one of a kind digital exhibition open to all. #HoldStill2020

For the video message to promote a British photography competition, the Duchess of Cambridge wore Stella McCartney’s Ridley dress. The blue color choice, matching the blue of the nurses’ smocks, marked a subtle tribute to their efforts.

Last week she wore a dress from a fashion-favorite, eco-friendly label Faithfull the Brand, as she gardened at The Nook in Norwich, England as part of Children’s Hospice Week.

Kate’s pastel floral crepe dress was from  and featured puff sleeves and a midi hemline. Known for its focus on ethically and sustainably made wares, Faithfull was founded in 2012 by Sarah-Jane Abrahams and Helle Them-Enger.

For a look at more of Kate Middleton’s most-worn shoe styles, click through the gallery.