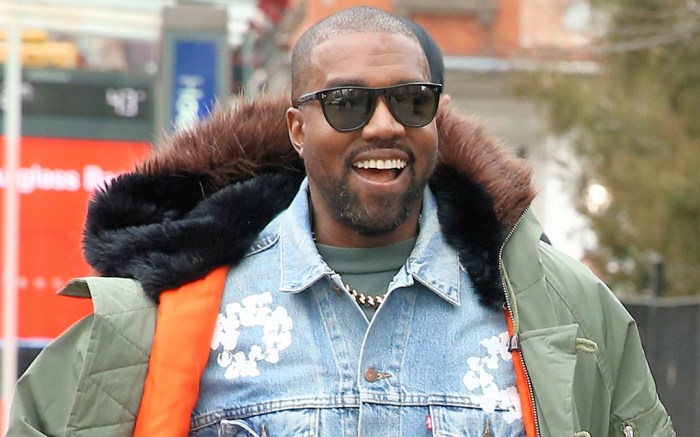 Kanye West got a special visitor in Wyoming today.

The rapper, debuting a new pink hairstyle, was joined by comedian Dave Chappelle out on his Yeezy Campus as seen on West’s Twitter account this morning. Clad in a hot pink hoodie and neon orange sweats from Hummel x Willy Chavarria’s collaboration, West stood next to Chappelle, second from right, as well as a few other guests outside a log cabin.

The Yeezy founder invited the actor to say a few words in the 2-minute-long video captioned: “THANK YOU DAVE FOR HOPPING ON A JET TO COME SEE ME DOING WELL DAVE YOU ARE A GOD SEND AND A TRUE FRIEND ALL LOVE.”

THANK YOU DAVE FOR HOPPING ON A JET TO COME SEE ME DOING WELL DAVE YOU ARE A GOD SEND AND A TRUE FRIEND ALL LOVE 🕊 pic.twitter.com/ddLA0E9eLK

On his feet, West opted for one of his most talked-about footwear designs. The Yeezy Foam Runner in the “Ararat” colorway debuted with a $75 retail price tag during a surprise drop on June 26 at YeezySupply.com. With comparisons to Crocs’ classic clogs, the unique silhouette became an anticipated shoe thanks to its never-before-seen accents and striking divergence from typical sneaker creations. Made from a harvested algae foam, the aerodynamic shoes now resell anywhere from $332 to $2,999 on StockX with prices starting at $258 and ranging up to $575 from GOAT.

The “Jesus Is King” rapper stepped out in Calabasas, Calif., at the end of June wearing the unique footwear matched to another standout ensemble; West layered a similar neon pink hoodie over a camouflage T-shirt and reflective slouchy sweats to match the Foam Runners.

In addition to releasing new styles, the rapper is also creating a whole new website for his hit line.

West joined forces with photographer and director Nick Knight to reimagine his Yeezy Supply website; the website currently serves as a barebones structure for his Adidas Yeezy footwear releases. The redesigned site is set to be a state of the art format with unprecedented functions and processes.

The news of the redesigned website came the same day West announced a new partnership with The Gap in late June. In a statement, the brands explained that the Yeezy Gap apparel is expected to release in Gap stores and on Gap.com sometime in 2021. The Grammy Award-winning artist also joined forces with Adidas starting in 2015 and has since created an endless series of Yeezy footwear styles that oftentimes sell out within hours if not minutes. Before that, the rapper dropped two different Air Yeezy sneakers through a limited partnership with Nike.

Click through the gallery to see more of Kanye West’s Adidas Yeezy designs over the years.