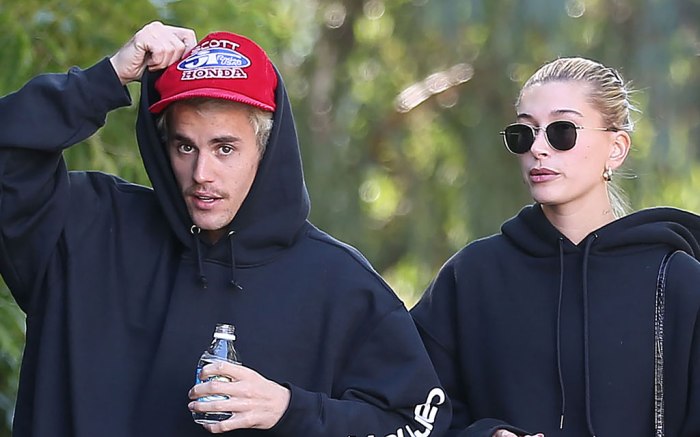 Hailey Baldwin and Justin Bieber coordinated in oversize hoodies and black sneakers while out and about in Los Angeles yesterday, Jan. 12.

On her feet, the supermodel sported Nike Air VaporMax Utility 2019 sneakers, which have a water-repellent upper, Nike’s responsive Air cushioning and translucent Air pods in the sole. The shoes are marked down on Nordstrom.com now by 20%, from $190 to $152.

The “Drop the Mic” co-host accessorized with sunglasses and a handbag from Saint Laurent, as well as golden Jennifer Fisher earrings.

Since marrying last fall, Baldwin and Bieber have become known for their his-and-hers dressing, which at one point even included similar hairstyles. The couple are into streetwear, and yesterday’s hoodies and sneakers fit right in with their typical styling ethos.

Both Baldwin and Bieber have ties to the fashion space. The duo appeared together in Calvin Klein’s 50th anniversary campaign, and Baldwin has worked with brands including Levi’s, Aritzia and Charles & Keith.