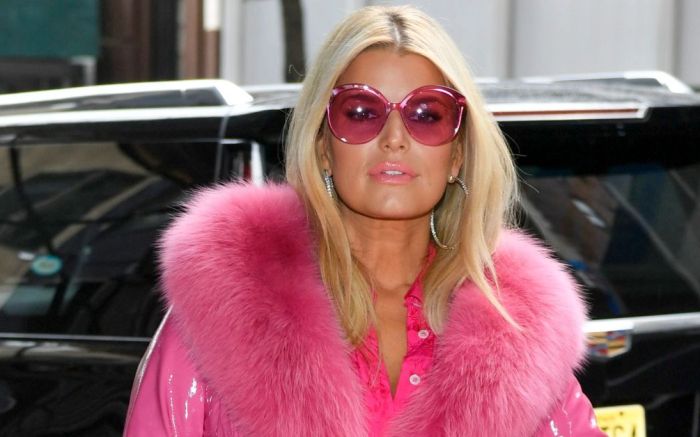 Early 2000s pop sensation Jessica Simpson’s new book, aptly named “Open Book,” will be eye-opening for anyone who remembers hearing “I Wanna Love You Forever” on the radio (her first big hit), watching her “Newlyweds” MTV reality series or purchasing a pair of prom shoes from her namesake brand in the last 12 years.

In the book, which was released yesterday, the multihyphenate artist and footwear sensation shares some of the darkest and most personal moments of her life, including her struggle with addiction and her very public romances (and breakups). Simpson addresses the intensely harsh criticism on her appearance and weight that she endured over the course of her career, as well as what she says was a willingness to play into a “dumb blonde” persona that the media often gave her. However, one of the most interesting chapters in her book sheds light on her incredibly savvy and empowering path to creating a billion-dollar shoe brand.

Simpson says that the Jessica Simpson Collection was “fun,” but ultimately the passion for it came from her mother, Tina Ann Drew. The brand’s start reads similar to that of any modern-day influencer label: “She always styled me when I started out, and during ‘Newlyweds,’ people would contact her to give me clothes to wear. Mom noticed that what I wore on the show would then sell out in stores. Since everyone was always asking my mom what I was wearing, she wanted to cut out the middleman. She told my dad to find someone willing to do a licensing deal, so we could just make the clothes ourselves.”  Despite the lack of any real social media to promote the brand when it launched in 2006, The Jessica Simpson Collection of clothing, shoes and more thrived, and over a decade later it had carved a path for future celebrity and influencer brands to follow.

Furthermore, Simpson’s success also comes by way of her ability to advocate for herself during negotiations with Vince Camuto, the company that initially and still continues to own her shoe license. Simpson shares how she signed a noncompete clause at the start of her line to ensure that Vince Camuto would not be able to sign on another celebrity without asking her. “The point is you take care of yourself, even when you are given an amazing opportunity,” she writes, articulating a powerful piece of advice applicable to any young business owner.

Simpson’s “Open Book” is available now on Amazon.com and is filled with more surprising and intimate insights into one of pop music’s most closely followed personalities.

When Jessica Simpson Was Born, the Doctor Diagnosed Her With ‘Neiman Marcus Feet’