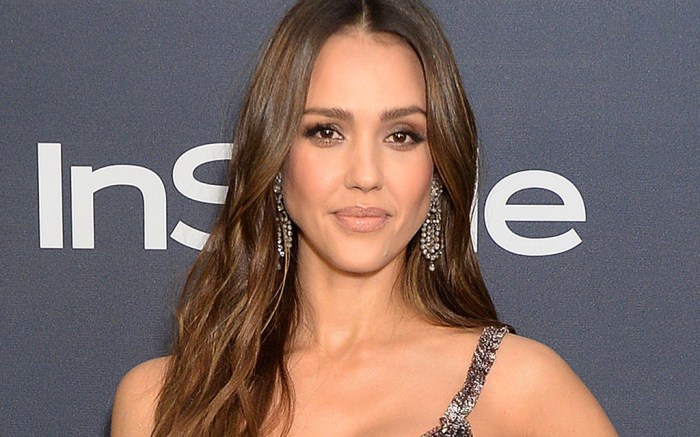 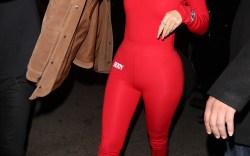 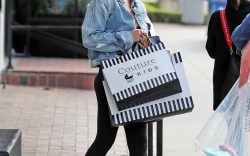 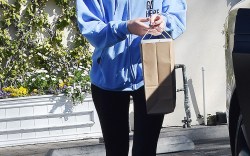 Another day, another TikTok dance for Jessica Alba.

The “Good Luck Chuck” actress appeared in a TikTok video yesterday participating in the Uno Dos Tres Challenge alongside her 12-year-old daughter, Honor. Alba suited up in a sports bra and leggings set from P.E. Nation. She appeared to be wearing the Ignition Sports Bra in black (marked down to $59 from $89 on the brand’s site). The sports bra was paired with black leggings with white and orange racing stripes going down the side.

Meanwhile, Honor was clad in a black T-shirt with white writing across the front, teamed with black biker shorts. The tween wore white sneakers to complete her casual look.

Alba has been one of the most active stars on TikTok, frequently sharing videos of herself dancing with friends or family members, applying makeup from her brand, Honest Company, or making healthy meals. The mom of three typically keeps comfy for her videos in leggings or sweats, selecting casual wares from labels such as Tory Sport, Reebok x Victoria Beckham and Twenty Montreal.

Although Alba is best known for her work on screen, she has amassed a considerable fortune from Honest Company, which she co-founded in 2011. Honest Company has a valuation of $1 billion, and Alba is believed to own somewhere between 15% and 20% of it.  According to Forbes, the entrepreneur has an estimated net worth of roughly $340 million.

To get a similar shoe look to Alba’s, consider shopping one of the styles we’ve rounded up below.

Click through the gallery to see how more celebs style their leggings, including Jennifer Lopez, Katie Holmes and Kylie Jenner.