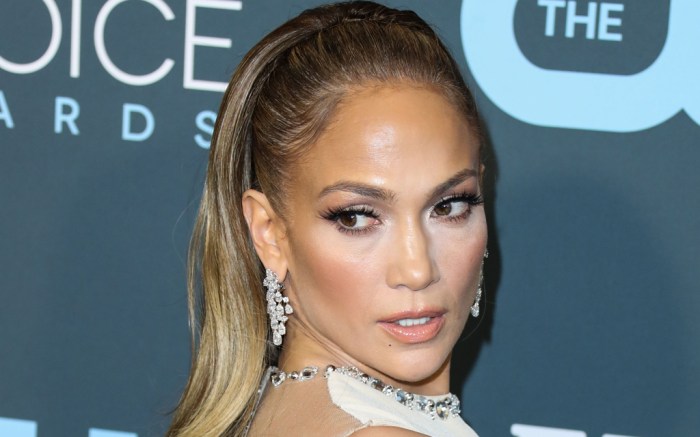 Jennifer Lopez teased a new venture on her Instagram this weekend and already has fans buzzing.

The “On the Floor” singer took to social media on Sunday night to show a close-up of her latest glowing makeup look as a hint for what is to come. Matched to sleek hoops and a trendy gold chain necklace, Lopez captioned the post: “Sunset glow… #JLoBeauty coming soon.”

The glowing makeup moment was accented as well by a chic floral dress that combines a series of prints and shades.

The news garnered comments of support and excitement from a series of major industry players including Zuhair Murad, Jennifer Fisher and Coach, for which Lopez currently serves as an ambassador.

Through JLo Beauty, the “Maid in Manhattan” star joins the likes of Kylie Jenner, Kim Kardashian, Lady Gaga and more stars who have launched their own brand in the beauty market. The venture for Lopez, though, will not be her first in the industry; she partnered with Inglot Cosmetics in 2018 for a collaborative collection and has additionally released a series of fragrances and perfumes dating back to her first signature scent, Glow by JLo, which released in 2002.

The title of beauty mogul adds another notch on the belt of Lopez’s extremely successful career as well. On top of her Grammy Award nominations and film credits, the New York native also earned a Golden Globe nod for her role in the 2019 film “Hustlers,” which she also produced. Then, earlier this year, the star dipped her toes into another pool: the footwear industry. Though she had previously worked with a mix of brands on collaborations and campaigns, the JLo Jennifer Lopez collection at DSW is the musician’s first solo line; the label includes a variety of stylish footwear ranging from sky-high platforms and glittering pumps to strappy sandals, all retailing from $59 to $189.

As if all of those titles were not enough, this past season alone, Jenny from the Block also has been featured in three major spring ’20 campaigns. She models for Versace, stars in ads for Guess and is also the newest face of Coach, helping the brand launch its new CitySole Court sneaker on top of serving as a judge and executive producer for “World of Dance.”

Click through the gallery to see even more of Jennifer Lopez’s most stylish looks over the years.