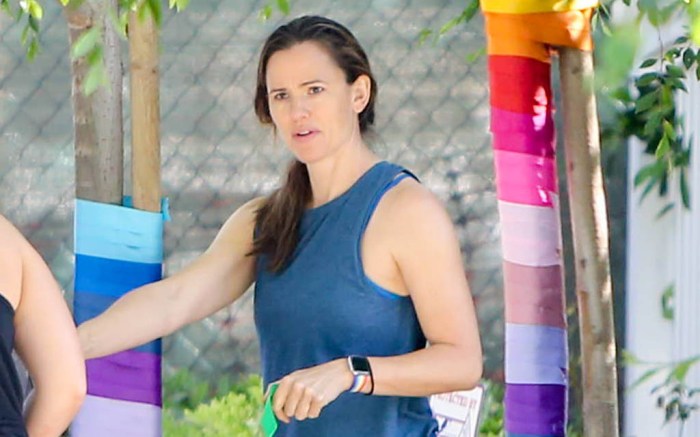 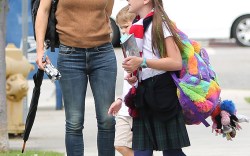 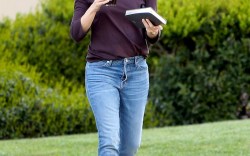 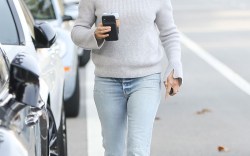 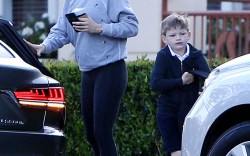 Today, Jennifer Garner and her daughter Seraphina embraced their creative side to celebrate Memorial Day Weekend. While decorating a friend’s house with colorful streamers, the “13 Going on 30” actress was spotted in a laidback, simple ensemble styled with one of her favorite pairs of sneakers.

She wore a medium-hue blue tan top with skinny-leg, dark-colored sweatpants. For footwear, Garner chose her trusty New Balance 880v8 running shoes. The sneaker features a mesh and textile upper construction with a 3D resin screen print through the portion of the trainer, blown rubber outer sole, and treaded bottom. They retail for $80 and are sold on Amazon.com. The actress and mom has been an avid wearer of this style for some time now. Most recently, in April the Neutrogena ambassador was seen wearing these shoes on two occasions. In the earlier part of the month, she wore the New Balance sneakers with a coordinating navy pullover sweatshirt and leggings. A few weeks later, Garner opted for this footwear style again while taking a walk in Los Angeles with her three children. For this outing, she wore a gray sweatshirt, with letter detailing along the sleeve and black leggings.

These same sneakers seem to have been a staple in the star’s wardrobe. In December 2019, the “Valentine’s Day” actress coordinated the classic running shoes with a black Alo Yoga jacket and Spanx leggings. From these various outfit combinations, we see how Garner has mastered her off-duty uniform.