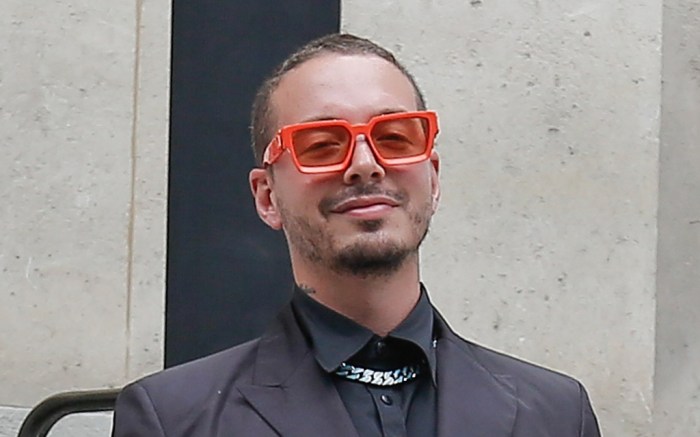 News broke yesterday that J Balvin will be the next celebrity to get his own meal at McDonald’s and fans are going wild.

The “Mi Gente” singer teased the news on social media yesterday before the restaurant chain confirmed it with an image of Balvin testing out his own meal deal. Wearing McDonald’s signature colors with a yellow overshirt and red pants, the singer snacked on his special meal which includes a Big Mac but hold the pickles as well as medium fries with ketchup and an Oreo McFlurry.

Available through Nov. 1, J Balvin becomes the first Hispanic artist to get his own meal with the fast-food powerhouse; previous collaborations include Travis Scott earlier this year and Michael Jordan in 1992.

can I have a fry @JBALVIN? pic.twitter.com/oLDRpSfE9M

Another BIG (and fun) announcement … we are thrilled to share @JBALVIN’s go-to McDonald’s order. Whether you like your Big Mac with or without pickles (like J). pic.twitter.com/Uk005Hmdnj

After the news dropped yesterday, users across social media had a field day with their reactions. A large group of fans was excited about the new collaborative meal, jokingly comparing themselves to the restaurant’s iconic Hamburgerlar and coming together to support the Latino music industry.

Other users were not as convinced and for one major humourous reason: the McDonald’s ice cream machine is notorious for breaking down. Fans took to Twitter with skepticism that they wouldn’t end up getting their McFlurry from the meal deal because the ice cream machine wouldn’t be working, writing things like: “if you’re going to promote the McFlurry, make sure y’all get that ice cream machine right.”

if you’re going to promote the McFlurry, make sure y’all get that ice cream machine right. @McDonalds @JBALVIN

With the news of J Balvin’s meal special, fans also took to Twitter to start with theories on which star could be next in line to get their own McDonald’s collaboration. From Lady Gaga to Lil Nas X and BTS, users had different thoughts on who the next McDonald’s meal deal celebrity will be.

Placing McDonalds orders in 2022: "yeah lemme get uhh 2 Travis Scotts, a J Balvin, a DJ Khaled no cheese, 2 Daddy Yankees, and a McFlurry"

On top of his own McDonald’s meal deal, J Balvin has a few impressive collaborations up his sleeve. The musician has previously worked with Guess and Jordan Brand on a series of must-have footwear and apparel pieces.

Click through the gallery to see more of J Balvin’s impressive footwear moments.