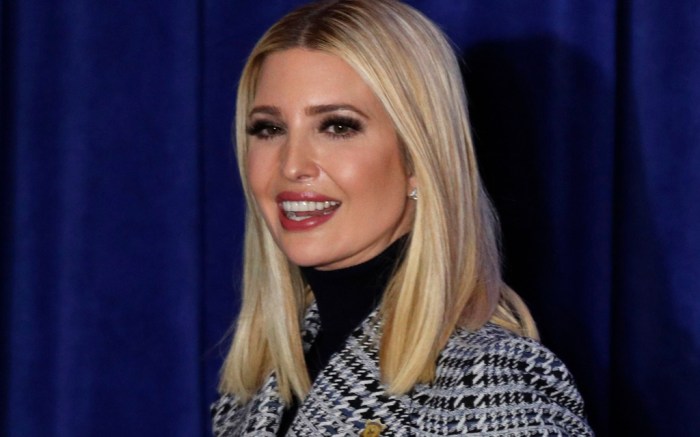 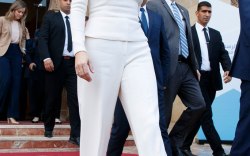 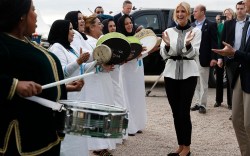 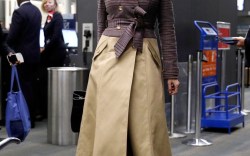 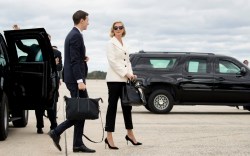 Ivanka Trump braved chilly New England weather in one of her footwear favorites.

The first daughter arrived in New Hampshire Monday, Feb. 10, to campaign for her father, President Donald Trump, ahead of the New England primary. Trump suited up in Suzannah’s Hunter checked coat with velvet buttons and a vintage-inspired silhouette. The British label has the coat in stock for £1,750 ($2,267).

For shoes, Trump reached for a style she’s owned since at least 2018. The University of Pennsylvania alum sported Gianvito Rossi knee-high boots, which have a 3.5-inch block heel, a round toe and a leather upper. A lace-up accent at the ankle adds some edge to the style. While the Gianvito Rossi silhouette is no longer in stock, it previously retailed for $1,300.

My amazing friend and colleague Julie Radford is back from maternity leave and ready to roll! Her 1st day back and we’re headed to New Hampshire with @VP! #primaries

Trump carried a Loewe handbag, which can be purchased on Nordstrom.com for $2,850.

It’s no surprise that the senior White House advisor selected Gianvito Rossi footwear, as the designer is a longtime favorite of hers. Other go-to shoe brands of Trump’s include Burberry, Jimmy Choo and Rothy’s. With regard to apparel, she can often be spotted in designer duds from the likes of Dolce & Gabbana, Carolina Herrera and Max Mara.

Trump’s busy day in New Hampshire included attending a Cops for Trump rally in Portsmouth, visiting the Airport Diner in Manchester with Vice President Mike Pence and appearing at her father’s campaign rally in Manchester.

‪Pit stop at the Airport Diner in Manchester, New Hampshire‬ with @vp

Click through the gallery for more of Ivanka Trump’s shoe style.