Ivanka Trump Wears a $1,990 Floral Dress for the First Day of the Republican National Convention 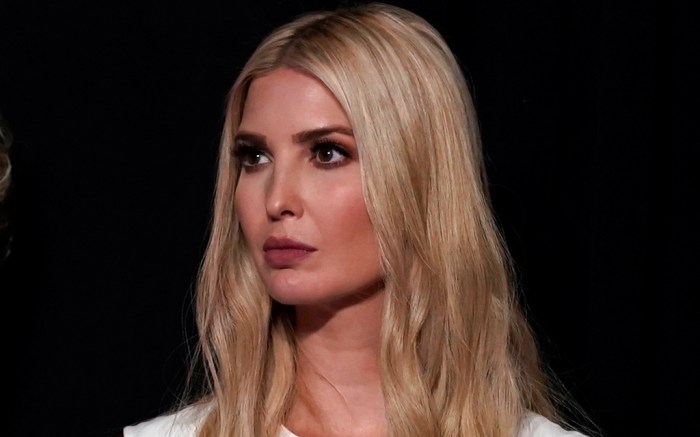 Ivanka Trump touched down in Charlotte, N.C., today ahead of the first day of the 2020 Republican National Convention.

The first daughter stepped off Air Force One at the Charlotte Douglas International Airport on Monday before heading to the Charlotte Convention Center to hear her father, President Donald Trump, speak. For the event, Ivanka opted for a floral white and blue number from Lela Rose. The cap-sleeve, maxi-length dress featured a mix of navy and icy blue tones, all atop a cotton gingham fabric. The embroidered design retails for $1,990 at ModaOperandi.com.

As she listened in on her father’s first speech of the four-day event, the advisor to the president was joined side-stage by White House press secretary Kayleigh McEnany and Debbie Meadows, wife of White House chief of staff Mark Meadows.

Ivanka herself is one of many names expected to speak during the Republication National Convention. Fellow speakers and guests appearances include Donald Trump Jr., Melania Trump, Tiffany Trump, Lara Trump, Vice President Mike Pence and second lady Karen Pence amongst others. Ivanka is set to speak on Thursday to introduce the president before his final appearance.

Though her shoes were not pictured on the first day of the RNC, the former footwear designer oftentimes favors pumps from brands like Gianvito Rossi, Jimmy Choo and Burberry, teamed with designs from the likes of Brandon Maxwell and Altuzarra. She also has stepped out in more affordable picks from Rothy’s flats and Gola for J.Crew sneakers.  When it comes to fashion and apparel, Ivanka typically favors major labels like Chanel, Dolce & Gabbana and Oscar de la Renta. She includes a few more wallet-friend picks in her rotation such as Kenneth Cole and Tommy Hilfiger x Zendaya, too.

Click through the gallery to see even more of Ivanka Trump’s most stylish footwear moments from 1997 to today.