Irina Shayk Wore the Coolest Patched Trousers with Dr. Martens Out in NYC 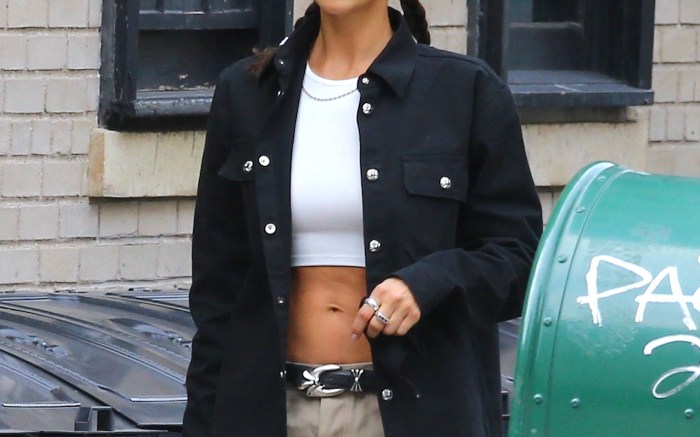 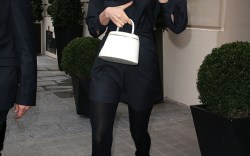 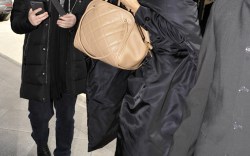 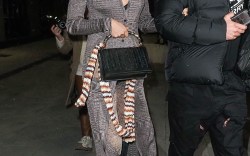 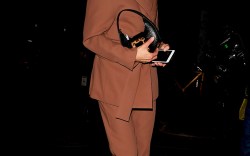 Irina Shayk took a walk with her three-year-old daughter Lea through The West Village in New York on Friday. The 34-year-old model wore a trending ’90s look, consisting of baggy trousers with a crop top Only this time, her trousers featured bold cross-shaped patches in a spotted array of red, black, blue, white and leopard print.

Shayk threw a black utility jacket over her white crop top and cinched her mid-rise pants with a black belt. For shoes, the model chose Dr. Martens combat boots in black.

Opting for the brand 1460 lace-up style boots, Shayk’s Dr. Martens feature smooth leather with grooved sides and yellow stitching. Each pair retails for $150. Shayk also owns the 1490 Quynn boot which she wore this summer with a cherry printed mini-dress.

The iconic boot took home FN’s Shoe of the Year honor in 2019 at the FN Achievement Awards. Now, it’s officially been 60 years since Dr. Martens introduced its first footwear style on April 1, 1960 — a sturdy laced work boot with distinctive yellow stitching that retailed for roughly 2 pounds ($3) at the time.

Though adopted early on by British workers, over the years, it has been co-opted by the counterculture movements of every generation, from punk-rock and goth to grunge and Harajuku. Celebs such as Shayk, Bella Hadid, Kendall Jenner and Gigi Hadid are fans.

Leaning further into the ’90s trend, Shayk donned a pair of thin, gold-rimmed shades in an oval shape. She accented her outfit with silver jewelry and kept her hair pulled back in two braids.

Last week, Shayk enjoyed the sunny weather with Bradley Cooper and their daughter, Lea. For that occasion, Shayk wore a matching athletic set in black with a large olive green button up thrown over. For footwear, the model opted for a pair of Chain Reaction sneakers from Versace.

Earlier this summer, the A-Lister appeared in Burberry’s pre-fall ‘20 campaign wearing a flamingo pink dress and a cinched gold belt. She’s also appeared in ads for Max Mara, Falconeri and Calvin Klein, and additionally has walked the runway in shows for Moschino, Bottega Veneta, Brandon Maxwell and Versace.