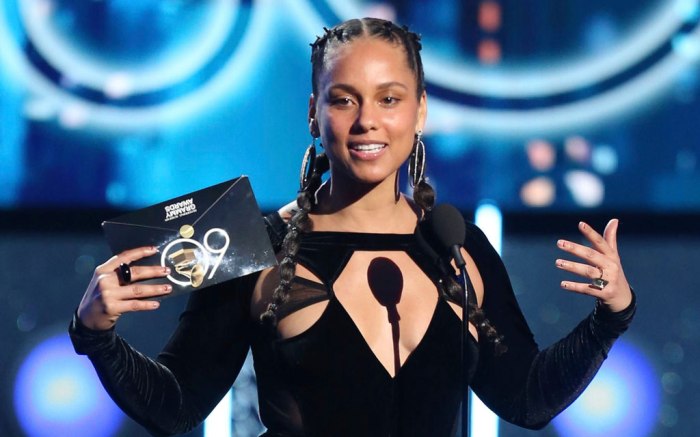 The Grammy Awards honor the best in the music industry from the past year. The program is broadcast live from the Staples Center in Los Angeles. It airs on CBS on Sunday, Jan. 26, at 8 p.m. E.T. Nominees include Lizzo, Ariana Grande and more.

How to Watch the Grammy Awards

The show will also be accessible on CBS All Access for subscribers. It will also stream through Hulu with Live TV, YouTube TV and AT&T Now for anyone with a subscription to those services; they all offer a 7-day free trial.

CBS is joining forces with the Recording Academy for an exclusive red carpet livestream show starting at 5 p.m. on Twitter at both of their handles — @RecordingAcad and @CBS.

Alicia Keys returns to host this year’s show. Keys herself has won 15 Grammy Awards for her work, including “No One” and “Girl on Fire.”

Lizzo’s “Truth Hurts” is up against Billie Eilish’s “Bad Guy,” among others, for Record of the Year. Both of those artists are also nominated for Best New Artist alongside Lil Nas X, Rosalía, Maggie Rogers and more.

Beyoncé got a nod for Best Pop Solo Performance for “Spirit,” and Taylor Swift finds herself in the fight for Best Pop Vocal Album for “Lover.”

Singer-songwriter John Prine will receive a Lifetime Achievement Award for his work in the industry.

The performance lineup is stacked with major stars, including the Jonas Brothers, Demi Lovato and Ariana Grande.

Bonnie Raitt is set to perform a tribute to Lifetime Achievement Award honoree John Prine, and Aerosmith will join Charlie Wilson and Run-D.M.C. for a special performance.

Click through the gallery to see all the arrivals on the red carpet at the 2020 Grammys.

These Are the Craziest Looks at the 2019 Grammy Awards