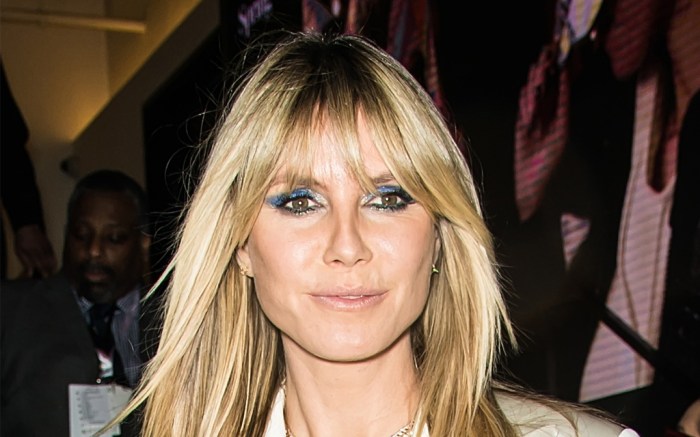 This week on the set of “Germany’s Next Topmodel,” Heidi Klum took her chic heels for a spin — literally.

The competition series’ host strutted her way through what resembles a real-life hamster wheel of a vortex in a chic monochromatic ensemble. As seen on Instagram this morning, Klum kept her balance across the wheel in a cream suit layered over a classic white tank top and sleek pointed-toe pumps.

The white heels featured a heightened stiletto lift, a bold choice for the spinning surface.

Last week, Klum showed off another bold behind-the-scenes look at her on-set attire, tapping Monse for her standout attire. Opting for a two-piece set, her tartan yellow sweater comes with a $990 price tag while her matching checkered skirt sells for $1,090 at Monse.com. To keep warm, Klum also layered on a zip-up shearling leather jacket for an edgy touch.

As for footwear, the model herself threw in another edgy angle to her outfit with leather lace-up boots. The wild thigh-high pair featured combat boot-inspired detailing with metallic adornments and a sturdy block heel base.

Slip into style with these classic white pumps inspired by Heidi Klum’s look.

Click through the gallery to discover more of Heidi Klum’s most memorable style moments throughout her career.