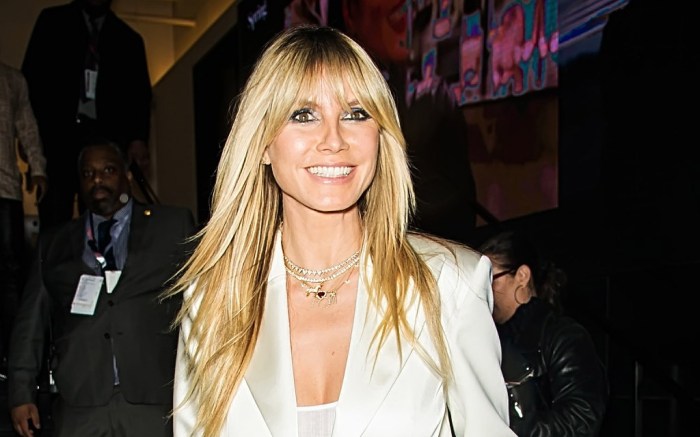 Heidi Klum transformed a mini skirt for fall with the help of a few seasonal pieces on the set of “Germany’s Next Topmodel.”

Taking to Instagram to show off her on-set outfit of the day, the series’ host opted for a coordinating skirt and jacket combination from Iro. The Hunch checkered bouclé skirt retailed originally for $430 but can be found on sale for $301 at Net-a-Porter; the matching Bleoma jacket from the French brand comes typically with a $600 price tag but also is discounted on the site down to $420.

Klum then layered the tweed plaid pieces over a black long-sleeve top and kept her legs warm in soft thigh-high black suede boots.

Throughout November, the former model herself has been returning to the set of the German competition series as they practice social distancing precautions to film the newest season. For the show, the media personality has picked wow-worthy looks from the likes of Mugler, Marina Hoermanseder, Philosophy, Moschino, Carolina Herrera and Maison Margiela to name just a few.

Click through the gallery to discover more of Heidi Klum’s biggest and boldest looks throughout her career.