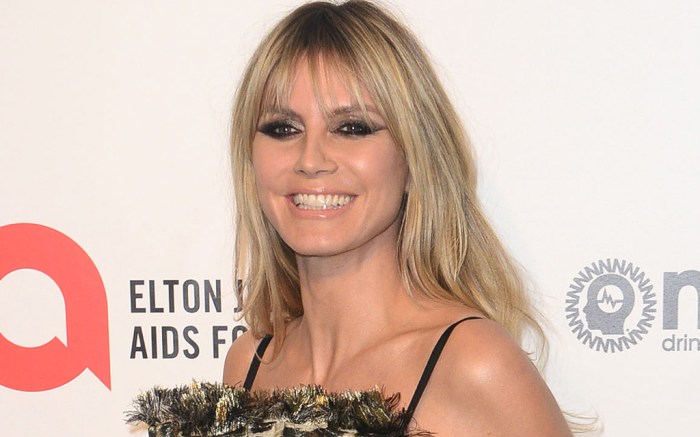 Heidi Klum took a walk on the wild side this morning on the set of “Germany’s Next Topmodel.”

Filming on location in Berlin, the series’ host shared her on-screen look of the day on Instagram earlier, posing in a mix of bold prints. From her black and white zebra-stripe sweater to her tiger-stripe trousers, the standout look offered a wild twist on fall styling.

To make the outfit even more striking, Klum opted for neon yellow pointed-toe pumps to complete the ensemble; the lifted pair featured patent leather uppers and a rounded vamp, all atop a lifted stiletto heel that appeared to measure around 5 inches in height.

Throughout November, the former model herself has been returning to the set of the German competition series as they practice social distancing precautions to film the newest season. For the show, the media personality has picked wow-worthy looks from the likes of Mugler, Marina Hoermanseder, Philosophy, Carolina Herrera and Maison Margiela to name a few.

Brighten up your seasonal style in these neon pumps inspired by Heidi Klum.

Click through the gallery to take a peek at even more of Heidi Klum’s biggest and boldest looks over the years.