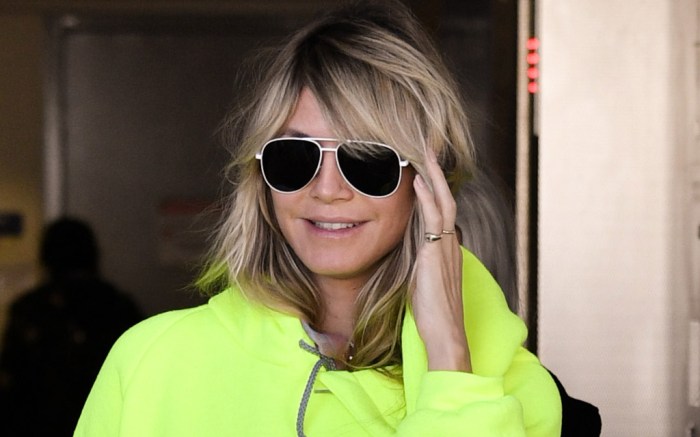 Heidi Klum made her way around set today in Germany in a new and high fashion way.

Wearing a green midi-length sweater dress, the “Germany’s Next Topmodel” host shared an Instagram video this afternoon of herself switching out her off-duty footwear for a set of iridescent retro-inspired roller skates. Before she rolled through rooms and across stages, though, Klum gave fans a sneak peek of her unexpected shoes of the day from Crocs.

The lifted yellow pairs resemble the brand’s Classic Bae platform silhouette, a twist on its signature clog style with an added 2-inch lift. The bright yellow shoes of course include the label’s lightweight Croslite material and even featured custom Jibbitz charms for a pop of personality.

You can shop the unique platform shoes on sale for $45 (discounted from $55) now at Zappos.com.

Earlier in the day Tuesday, Klum took to social media once more to share another outfit from her stylish on-set rotation. This time around, her look included a white button-up leather boilersuit from Frankie Shop, a design that retails for $295 at TheFrankieShop.com. The former model then topped off the look with sleek white heeled booties.

Click through the gallery to discover more of Heidi Klum’s best and boldest ensembles throughout the years.