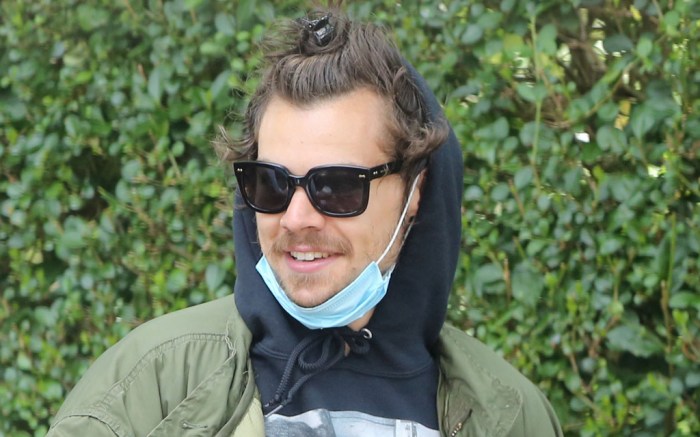 Harry Styles gave a fan the surprise of the decade when he hung out at her house this week.

The musician’s car reportedly broke down earlier in the week as a fan took to Twitter to share the news that he stopped by her home as he waiting for assistance. As shared by another account Rachel on the app, the user explained that the fan’s father let Styles into the house and he even fed her fish and left notes in the meantime.

In the images going viral across social media, the photo gave an example of the “Woman” singer’s off-duty ensemble. Styles’ look of the day tucked a striped long-sleeve tee into a set of white linen relaxed pants with retro white sunglasses to tout. On his feet, he continued the comfy-chic appeal of the outfit with a pair of espadrille shoes; the black slip-on pair came set atop a stitched braided rope sole, a signature element of an espadrille silhouette.

harry’s car broke down so a fans dad let him in his house and while they waited harry fed their fish and left notes for the fan and for that reason your honor, he is the only man to ever exist pic.twitter.com/9pEMiGgjkH

In addition to the news of Styles’ surprise visit this week, the award-winning singer also released the highly-anticipated music video for his song, “Golden.” As is expected for the Brit, his outfits in the short film included pieces from Gucci in addition to a few new labels in his rotation like S.S. Daley and Éliou.

Click through the gallery to discover more of Harry Styles’ impeccable fashion and style evolution over the years.