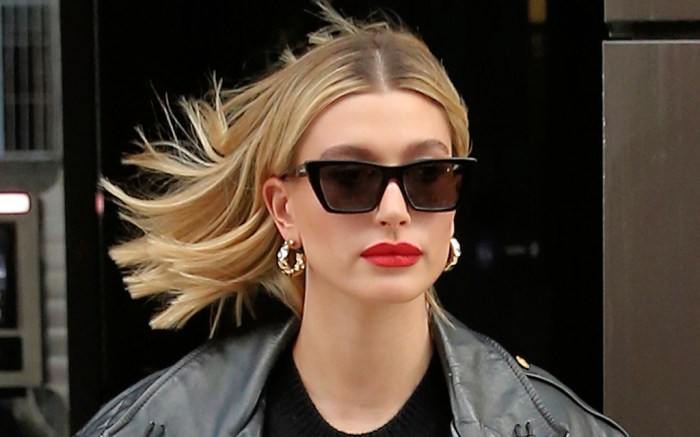 Hailey Baldwin and Justin Bieber are spending the summer road tripping — and their latest stop was to visit Kanye West in Wyoming.

In footage shared by @__bu on Instagram Stories, the duo could be seen arriving at West’s property in Cody, Wyo. Baldwin looked summer-ready in a T-shirt and pastel short shorts. For footwear, the model appeared to be sporting blue slippers from Bieber’s Drew House label. Bieber was clad in an oversize button-down shirt with cargo-style pants. Meanwhile, West wore jeans and a long-sleeve T-shirt, paired with his favorite Yeezy Foam Runners.

In an image shared to West’s Twitter on Friday, Bieber could be seen at the Yeezy campus looking at prototypes for walls to be used by the home division alongside West’s longtime pal Damon Dash. The “Baby” singer was clad in all-black Yeezys teamed with a mint green hoodie and shorts.

West and Bieber have been pals for years and have developed a closer relationship since West signed with Bieber’s manager, Scooter Braun. Baldwin is good friends with two of West’s sisters-in-law, Kendall and Kylie Jenner.

When it comes to Baldwin’s typical style, she can often be found in ’90s-inspired wares. Her off-duty shoe wardrobe includes casual pairs from Dr. Martens, Nike and Adidas, as well as more dressed-up shoes from the likes of Amina Muaddi, Off-White and Saint Laurent. Bieber typically tends to go with sneakers, reaching for West’s Yeezy styles along with Off-White x Nike and New Balance silhouettes. The “Somebody to Love” hit maker is also a fan of Crocs’ foam clogs, as well as hotel slippers.

Over the past few years, West has grown fond of Wyoming, purchasing two ranches in the state last year and throwing the release party for his “Ye” album there in May 2018. He opened his Yeezy sample lab in the city of Cody last year.

In addition to welcoming Baldwin and Bieber to Wyoming, West also had another special visitor last week: Dave Chappelle.

THANK YOU DAVE FOR HOPPING ON A JET TO COME SEE ME DOING WELL DAVE YOU ARE A GOD SEND AND A TRUE FRIEND ALL LOVE 🕊 pic.twitter.com/ddLA0E9eLK

After first catapulting to fame in the early ’00s as a rapper, West has become a bona fide presence in the fashion industry. His Adidas Yeezy Boost sneakers claimed the FN Achievement Award for Shoe of the Year in 2015 and have continued to sell like hotcakes. He also recently forged partnership with Gap Inc., with product expected to release in 2021.