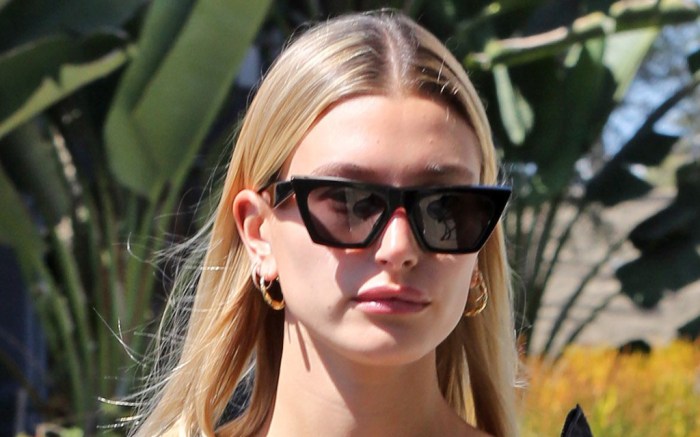 Hailey Baldwin put her rare sneakers to the test last night on a dirt bike ride with her husband, Justin Bieber.

The model got down in the dirt wearing a lilac set from Bieber’s Drew House brand to bike on a four-wheeler in a dusty terrain, as seen on her Instagram page. As for footwear, Baldwin broke out a pair of unexpected kicks from Nike and Off-White’s series of collaborations.

Released in December 2018, the Off-White x Nike Air Force 1 Low in a black and white colorway blends together mixed material uppers with mesh panels and suede overlays. The style comes accented with signature elements from both brands including a stitched Swoosh along with Off-White’s Helvetica font labeling the medial side and midsoles and a pale blue hangtag. Originally retailing for $170, pairs now resell anywhere from $800 to $2,400 on StockX and $799 to $2,470 courtesy of Farfetch.com.

The Air Force Force 1 silhouette is Baldwin’s go-to when it comes to relaxed sneakers. Though yesterday’s pair comes from a designer collab, the media personality tends to favor classic all-white and all-black takes on the 1980s shoe; she teams them with everything from relaxed shorts and crop tops to oversize blazers and tailored trousers for a mix of style.

When she does not have Air Force 1 sneakers on her feet, Baldwin’s shoe closet includes an eclectic mix. The model has been spotted wearing sneakers from Chanel, Off-White and the Nike x Fear of God collab, as well as heels from Tabitha Simmons, Bottega Veneta and Jimmy Choo. She has also appeared in marketing campaigns for brands such as Guess, Zadig & Voltaire, Ralph Lauren and Tommy Hilfiger. What’s more, in 2016, the A-lister joined forces with Ugg, starring in the label’s Classic Street Collection campaign for fall ’16.

Click through the gallery to find even more of Hailey Baldwin’s impeccable sneaker collection.