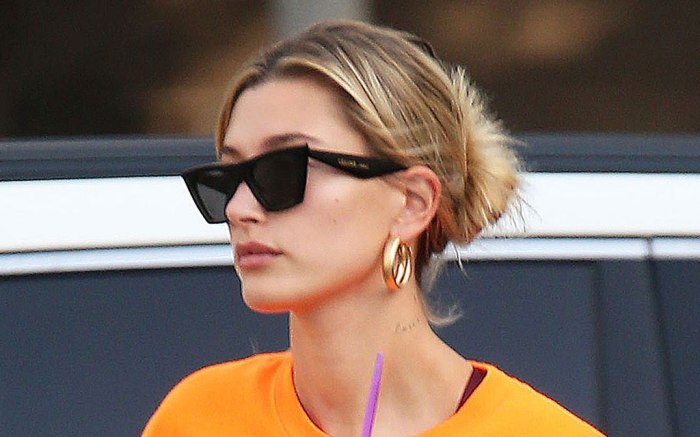 Hailey Baldwin got her hands on Beyonce’s full Adidas x Ivy Park collection this week, and she didn’t waste any time wearing it out and about.

The 23-year-old supermodel stepped out in Los Angeles yesterday clad in a maroon and solar orange look from the collection, which she teamed with a long-sleeve Kanye West “Wyoming” T-shirt.

Baldwin wore a sports bra, biker shorts and track pants all from the collection. On her feet, she sported a pair of Adidas Nite Jogger sneakers.

Beyonce was announced as an Adidas brand ambassador in April, and her first Adidas x Ivy Park range is expected to drop on Jan. 18; fans can sign up on the Adidas site for updates.

In April, an Adidas exec told FN the brand expects its Beyonce partnership to be as successful as other high-profile collaborations, including ones with Kanye West and Pharrell Williams.

“It’s nice to have someone from a female lens to push the brand in that space,” the executive told FN. “I know she has two big ambitions — one is more on the philanthropic side of things; we’ve pushed a lot into the world of girls in sports, and she aligns with that. I think that’s one of the reasons she was attracted to our brand.”

Thank you, @Beyonce for the #IvyPark swag!

Click through the gallery to see more of Hailey Baldwin’s style in sneakers.