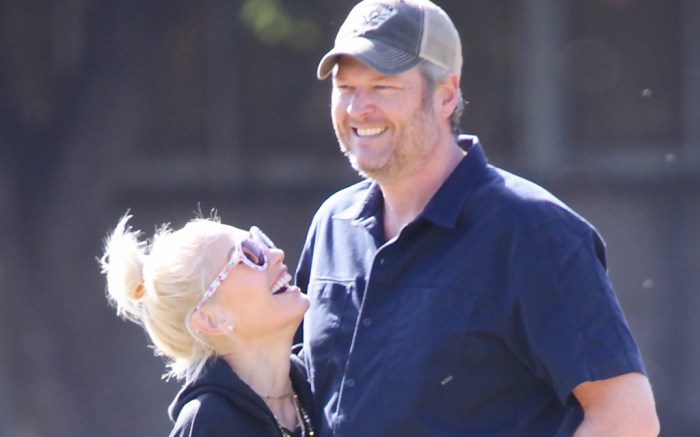 It’s official: Blake Shelton put a ring on it. The country star popped the question to his now-fiancé and fellow musician Gwen Stefani.

The singing duo announced the news of their engagement earlier today on Instagram as they shared a kiss in front of a church scene. In the images, Stefani showed off her adapted southern-chic style in a matching trucker hat with Shelton as well as a baseball-style T-shirt and low-rise jeans.

While the No Doubt singer captioned her post “@blakeshelton yes please!,” the “Honey Bee” singer took it a step further in his caption. Shelton wrote: “Hey @gwenstefani thanks for saving my 2020… And the rest of my life.. I love you. I heard a YES!”

The couple started dating in 2015 after meeting on the set of “The Voice.” Throughout the past five years of their relationship, the duo has continued to show off their sharp couple style with Stefani providing her edgy touch and Shelton adding his country roots.

As for Gwen Stefani herself, the singer’s style can be described as punk rock-chic, always including a twist of glam.

Whether she’s in Sophia Webster butterfly sandals or Crocs camouflage clogs, the “Sweet Escape” singer knows how to pull off an unexpected style. Her go-to brands include Gucci, Philipp Plein, Vans and more when it comes to footwear. She also introduced her own line of apparel L.A.M.B. in 2003 and has partnered with L’Oreal, Revlon and Tura GX for campaigns and collaborative collections. Her career has also extended into the television world with a role judging new musical talent on “The Voice” once more this season alongside Blake Shelton of course, as well as Kelly Clarkson and John Legend.

Click through the gallery to see more of Gwen Stefani’s boldest looks over the years.