Worst Dressed at 2020 Grammy Awards, According to You 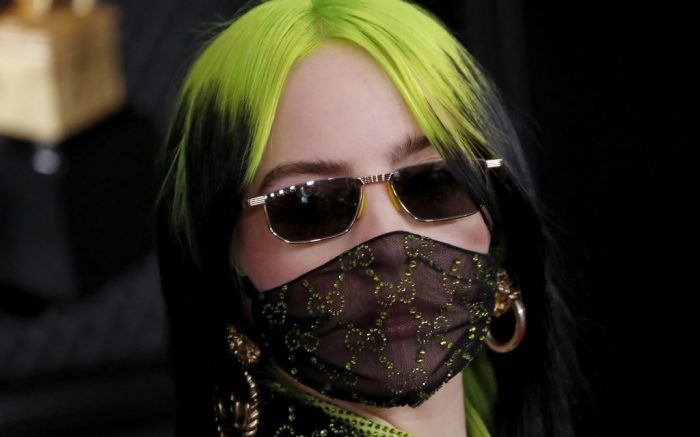 Compared with the Academy Awards and the Golden Globes, celebrities tend to opt for more daring ensembles at the Grammy Awards — but taking chances doesn’t always pay off with Twitter.

As celebrities arrived to the Staples Center in Los Angeles for the 2020 Grammys tonight, fans took to Twitter to weigh in with opinions on whose looks flopped. Here, FN rounds up some of the outfits that least impressed netizens.

“I don't think my father, the inventor of Toaster Strudel, would be too pleased to hear about this” @MeanGirlsBway @MeanGirls #GRAMMYAwards2020 #GRAMMYLive #Grammys2020 pic.twitter.com/xyoGBOhHY4

Billie Eilish won her first Grammy Award for Best Pop Vocal Album tonight. But fans weren’t as impressed with her black and green Gucci outfit, saying that the oversize, neon ensemble seemed awfully familiar. “Was going to tweet about Billie Eilish’s outfit but i honestly feel like she’s worn this to every award show,” wrote one netizen, while another agreed: “is it just me but every outfit looks the same for Billie Eilish.”

was going to tweet about Billie Eilish’s outfit but i honestly feel like she’s worn this to every award show. #GRAMMYs pic.twitter.com/vf0tf2rm2G

Tyler, the Creator went for an unusual, bellhop-inspired ensemble on the red carpet, and Twitter was quick with the jokes. One netizen poked fun at his suitcase, joking that Taylor Swift was inside. Another said the outfit reminded them of the character Mr. Mosby from Disney’s “The Suite Life of Zach & Cody.”

Broadway star Ben Platt wore a black-and-white Balmain look that included a sparkling blazer, but not everyone was feeling the outfit. One netizen said he resembled a “small harlequin child,” while @evanrosskatz simply wrote: “Sigh.”

Many fans enjoyed Shawn Mendes’ raspberry-colored Louis Vuitton suit, but @sbstryker felt the look was tired. “Shawn Mendes wears the same thing to every red carpet” the Twitter user wrote — although the netizen qualified his statement by saying the star looked “hot.”

Shawn Mendes wears the same thing to every red carpet but honestly when you’re this hot who cares pic.twitter.com/ZyMQp4wQWy

Joy Villa made a political statement on the red carpet, showing up in a pro-President Donald Trump dress designed by Desi Designs Couture. “I don’t think it’s really appropriate to bully women (or anyone for that matter) but Joy Villa looks like absolute s–t. Constantly keeping the bar as low as possible,” wrote “RuPaul’s Drag Race” winner Aquaria.

I don’t think it’s really appropriate to bully women (or anyone for that matter) but Joy Villa looks like absolute shit. Constantly keeping the bar as low as possible. 🚮🔥

Billy Porter made many best-dressed lists, FN’s included. But his ensemble also inspired plenty of memes, thanks to his Baja East by Scott Studenberg “lampshade” hat. “The cashier at the mcdonald’s drive thru when i pull up,” read one meme, while another read: “Me getting ready to reply, “per my last email.”

the cashier at the mcdonald’s drive thru when i pull up pic.twitter.com/RTLgLhwVRr

Me getting ready to reply, “per my last email” pic.twitter.com/ug5QhXwQqd

Click through the gallery to see more stars on the red carpet at the 2020 Grammy Awards.