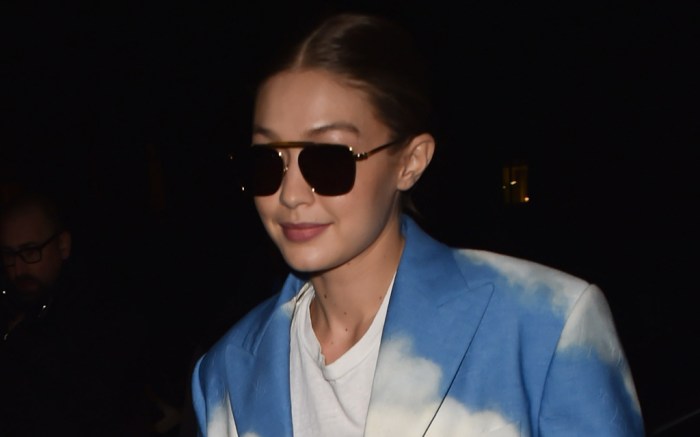 Gigi Hadid’s head was in the clouds during Paris Fashion Week — literally.

The model stepped out in a blue and white cloud-printed coat and pants set from Virgil Abloh’s Louis Vuitton men’s fall ’20 collection. She styled the pieces with a simple white T-shirt and her favorite little white handbag.

Her choice of footwear echoed the hue from her ensemble in a pair of vinyl blue square-toe knee-high boots on a short block heel. On the runways in Paris, the fair-weathered look — pun intended — was styled with a matching printed shirt and tie and a set of shearling-topped blue patent leather oxfords.

Hadid stepped out in another Louis Vuitton ensemble earlier today, pulling off the monochrome all-white look as well. Her $1,060 Swift loafers were notably unique with flower-shaped heels and glazed-calf leather uppers.