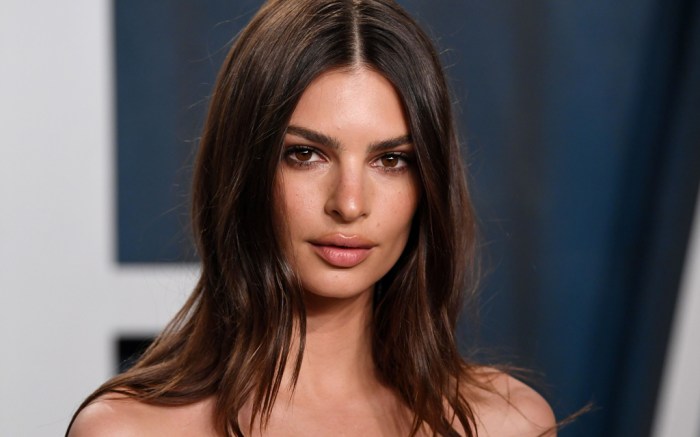 Emily Ratajkowski is standing up for racial injustice in the wake of George Floyd’s death.

The Inamorata womenswear businesswoman on Saturday attended a Black Lives Matter protest in Los Angeles, where she carried a sign reading: “Dismantle Power Structures of Oppression.”

Floyd was killed on Monday by Minneapolis cop Derek Chauvin. After arresting Floyd — an unarmed 46-year-old black man — Chauvin placed his knee on Floyd’s neck. Chauvin, who is white, has been fired from the Minneapolis Police Department and charged with third-degree murder and manslaughter. The incident has sparked nationwide outrage — with thousands of individuals from coast to coast coming together to protest racism and police brutality. A slew of brands and retailers have raised their voices to speak against Floyd’s death, including Nordstrom, Nike and Reebok. What’s more, fashion designers such as Paul Andrew, Tommy Hilfiger and Marc Jacobs have lent their voices to the Black Lives Matter fight, sharing powerful social media posts in condemnation of racism.

And Ratajkowski isn’t the only celebrity who took to the streets of Los Angeles yesterday to protest. Paris Jackson, a musician and the daughter of singer Michael Jackson, was spotted at a Black Lives Matter protest yesterday as well. In addition, Halsey was spotted in attendance at a protest in Santa Monica, Calif.

Ratajkowski has never been one to shy away from discussing social issues. A vocal Bernie Sanders support, the “I Feel Pretty” star previously attended the Women’s March.