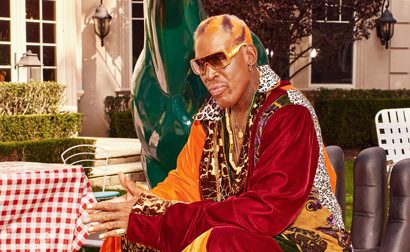 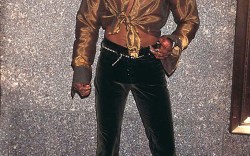 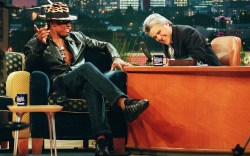 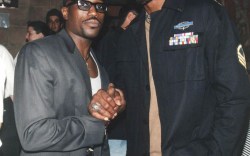 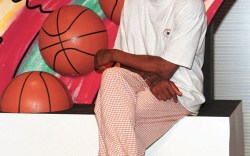 NBA star and fashion daredevil Dennis Rodman is the star of Ugg’s latest Fluff You campaign.

The former Chicago Bulls player modeled a pair of the brand’s samba red slippers, which retail for $100 on Ugg.com. The slippers feature an easy slip-on silhouette and is made of an UGGplush wool blend with a supreme soft sheepskin insole.

The slippers also feature the Ugg logo on the hood and a traction like design on the outer-sole, making it the perfect shoe for lounging or running quick errands. It also includes colors gray and black.

In the campaign, which celebrates the launch of the Fluff in extended sizes, Rodman paired the slippers with a plush red and orange robe and paisley pants — a custom design by Emily Omesi.

The athlete posted shots of the campaign, which also starred Evan Mock, Omahyra Mota, Imran Potato, Slumpy Key, Devontay Jones and Luis Aponte, on his Instagram and praised the message behind the ad.

“New @UGG Fluff Campaign titled Chaotic Fun. The campaign is a celebration of individuality featuring a cast of creatives who refuse to be defined by convention. I love the youth! I am excited for my children to see this as I am proud and it’s an honor to be a part of this exquisite campaign, I am grateful for the opportunity to express myself in this beautiful light,” he wrote. “Thank you and immense gratitude for my wife @MrsRodman_Mist who helped me bring this home.”