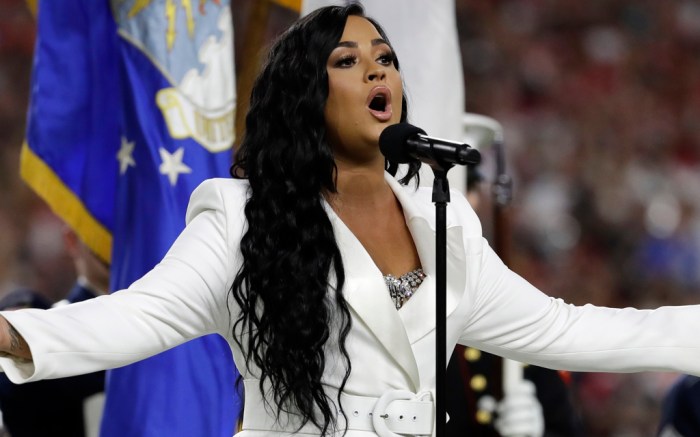 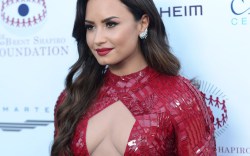 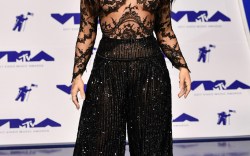 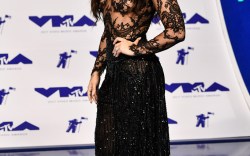 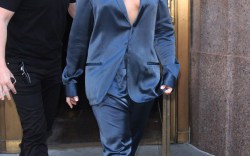 Demi Lovato is back.

The singer delivered her first performance after a break of about a year and a half at the Grammy Awards on Sunday, Jan. 26 — and tonight, a week later, she was back in the spotlight again to sing “The Star-Spangled Banner” at Super Bowl 54 in Miami.

For her national anthem performance, Lovato looked stylish in a white Sergio Hudson jumpsuit with wide-leg pants, long sleeves and a belt at the waist. Underneath, she wore a crystal-covered bra top from Ermanno Scervino.

The “Skyscraper” hit maker wore white Stuart Weitzman heels beneath the suit, but they were mostly obscured by her legs. Tacori jewels completed the look.

As Lovato embarks on a new phase of her career, white may be a new favorite color. At the Grammys last week, the Disney Channel alum wore a custom white Christian Siriano gown with a plunging neckline, belted waist and flared skirt. The floor-length hemline hid the A-lister’s Le Silla heels.

Lovato puts together her headline-making ensembles with the assistance of wardrobe stylist Law Roach, who also counts Ariana Grande, Kerry Washington, Jameela Jamil and Zendaya among his clients.

In addition to the football game itself, Super Bowl viewers can look forward to performances from halftime show headliners Shakira and Zendaya, who are said to be performing their biggest hits.