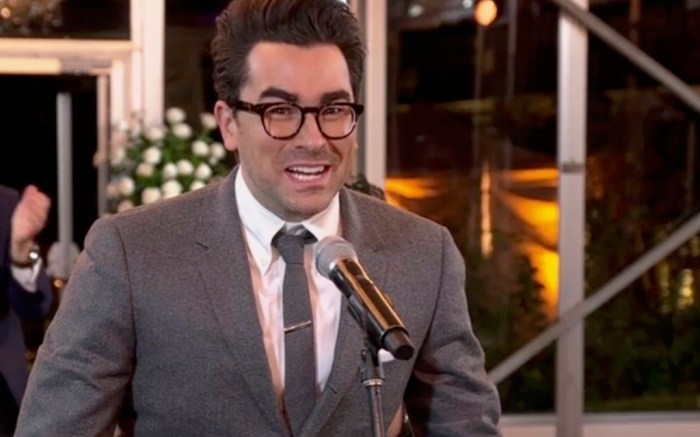 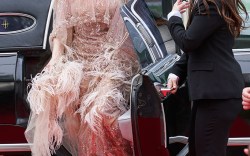 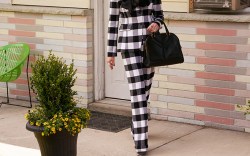 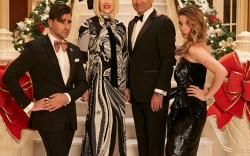 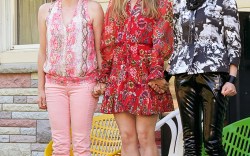 The cast and nominees gathered to celebrate the awards show from their own viewing event in Toronto, Canada, where all adhered to COVID-19 guidelines.

For the occasion, Levy dressed in a chic, head-to-toe Thom Browne ensemble. He wore the designer’s gray suit jacket paired with a matching knee-length skirt with the label’s socks and lace-up boots.

The look is a nod to his costume in the “Schitt’s Creek” series finale, which aired in April. In the final episode, Levy’s character David Rose wore a Thom Brown tuxedo ensemble for his wedding day where he married partner Patrick.

“Our show at its core is about the transformational effects of love and acceptance and that is something that we need more of now than we’ve ever needed before,” Levy said in his acceptance speech after winning Outstanding Comedy Series.

The Canadian television sitcom made its debut in 2015, and five years later, fans have fallen in love with the Rose family — especially Moira, the family matriarch. Played by O’Hara, Moira Rose is barely holding on a by thread when she and her family go from riches to rags in Season 1. Throughout the show, O’Hara’s once-wealthy character evolves and adapts to life in the small town of Schitt’s Creek, but the one thing that remains the same is her eccentric, over-the-top style, making her one of the most iconic fashion characters on TV. Click through the gallery to see her most outrageous looks.