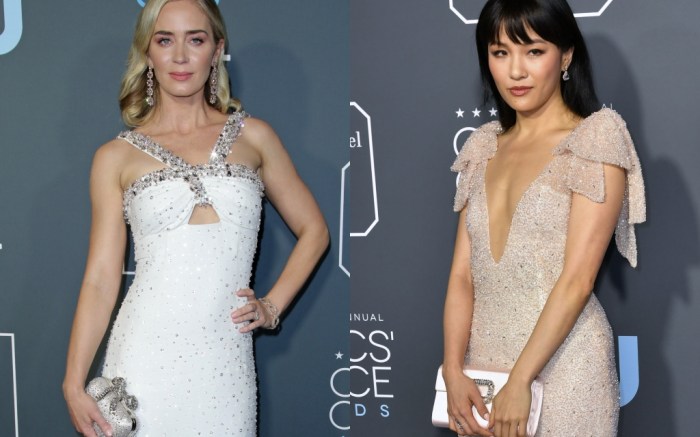 The Critics’ Choice Awards celebrate the best in television and film, airing on Sunday, Jan. 12, at 7 p.m. ET from the Barker Hanger in Santa Monica, Calif. Nominees include Awkwafina, Brad Pitt and more.

How to Watch the Critics’ Choice Awards

“Entertainment Tonight” will do a recap of their red carpet coverage airing after the show at 11 p.m., available to watch on CBS All Access and the ET Live mobile app; it’s available to stream on a Roku, Apple TV, Pluto TV or Amazon Fire TV.

Actor-singer Taye Diggs is set to host the 3-hour extravaganza; Diggs hosted the awards show for the first time in 2019.

The competition for Best Picture is stacked this year, including “Uncut Gems,” “The Irishman” and the Golden Globe winner for Best Drama, “1917.”

Eddie Murphy is also in the running for Best Actor and will also be honored with a Lifetime Achievement Award. Kristen Bell, too, is set to accept the honor of the #SeeHer Award, recognizing women changing the norm and pushing boundaries in the industry; previous recipients include Gal Gadot and Viola Davis.

FN will have all the details on the red carpet action from the 2020 Critics’ Choice Awards.