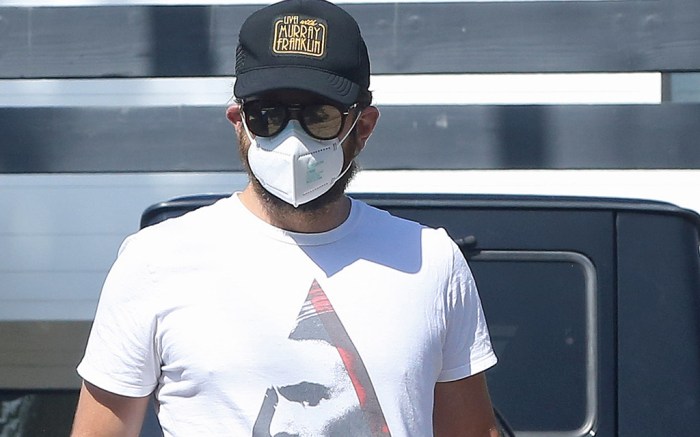 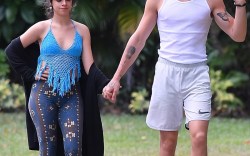 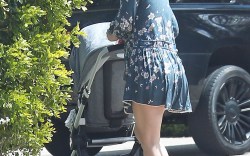 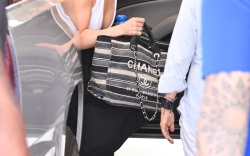 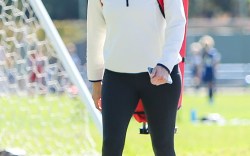 Bradley Cooper was nearly unrecognizable when he stepped out in Los Angeles today. The Oscar-nominated actor wore a face mask, trucker hat and sunglasses.

The rest of his casual attire fit in with California’s easy-going aesthetic as he was spotted in a David Bowie graphic tee and jeans. To complete his laid-back look, Cooper opted for flip flops. The thong sandals were detailed with thick straps and a padded footbed in gray.

When he’s not wearing flip flops, Cooper is fan of sneakers and has been seen strolling the streets of New York, specifically in Nike’s $275 Air Force 1 High, made in collaboration with Italian fashion designer Riccardo Tisci as part of the “Victorious Minotaurs” Pack.

Cooper isn’t the only male actor choosing the “ugly” sandal trend as of late. Earlier this week, Chris Pine was seen making a coffee run in Los Angeles while wearing a wide-brim hat, animal-print button-up shirt and cuffed dark-wash jeans. Instead of lace-up shoes, boots or sneakers, Pine also opted for a sandal: the popular Birkenstock Arizona. The double-strap Birkenstock style features the brand’s signature Birko-Flor uppers in a bright shade of white, and has been a go-to for both men and women, including the likes of Kendall Jenner.

Flip flops and “ugly” sandals are on trend this summer season, and it’s been on the rise for the last few years. In 2019, fashion houses featured the controversial styles on the runway, for instance. Acne Studios put models in classy suit pants and maxi dresses paired with sparkly socks and multi-colored platform flip flops, while Tibi’s founder and creative director Amy Smilovic paired plaid, striped and block-patterned suits with leather flip flops to give the look a more casual flair for spring ’19.

The trend continues off the runway too and has made its way into celebrities’ closets, including Kim Kardashian West, who has been a major proponent for the heeled thong sandal, and Elsa Hosk, who was just spotted in platform flips flops.

To see how more celebs style their flip flops, click through the gallery.