Happy Birthday, Blake Lively: A Look Back at Her Most Memorable Fashion Moments 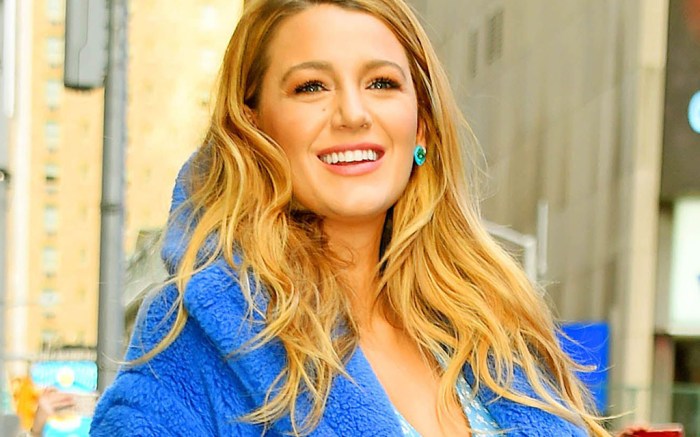 From starring on “Gossip Girl” to becoming a Christian Louboutin muse, Blake Lively has made an impact on fashion both on screen and off. As the actress celebrates her 33rd birthday, FN looks back at some of her most memorable moments.

Starting with her hit CW show, “Gossip Girl,” Lively’s character Serena van der Woodsen has become a pop culture icon, thanks to her enviable closet. And since then, Lively is known for her own self-styled ensembles she wears on the red carpet.

Just look at her press tour for “A Simple Favor.” She took inspiration from the film and channeled her character’s style for her own red carpet and TV appearances. “What she does on her own is clever,” said “A Simple Favor” costume designer Renée Ehrlich Kalfus. “She’s using that man tailor [look] for her press run. She has a lot of irony and fun to her. She gets it.”

As far as her shoe style is concerned, Lively is a major Christian Louboutin collector. The designer himself reflected on some of his favorite celebrity moments and he immediately named Lively’s 2018 Met Gala outfit. The two walked the Met steps together for the themed event: “Heavenly Bodies: Fashion and the Catholic Imagination.” There, Louboutin creating two heels for Lively to wear before and during the party, with the red carpet version an over-the-top embellished platform, which the actress wore with an equally ornate custom Versace gown. “[It was] a peep-toe sandal with three layers of different, successive layers of small platforms, which I adorned in a different way every time,” he said. “[They were] exactly she wanted. She’s very specific. At the end she was really incredible.”

Another memorable fashion moment from Lively came when she was promoting “All I See Is You” in 2017. Not only did she don Christian Louboutin shoes, but she wore five different pairs all in a day’s work. Lively changed outfits seven times, which included two Chanel numbers, an Oscar de la Renta gown and a bright yellow Brandon Maxwell jumpsuit. Besides a pair of Charlotte Olympia shoes, which she wore on her way to “Good Morning America,” and a pair of Valentino boots, which she paired with a chic menswear inspired ensemble by Ralph Lauren during the afternoon, Lively was all about the french footwear designer.