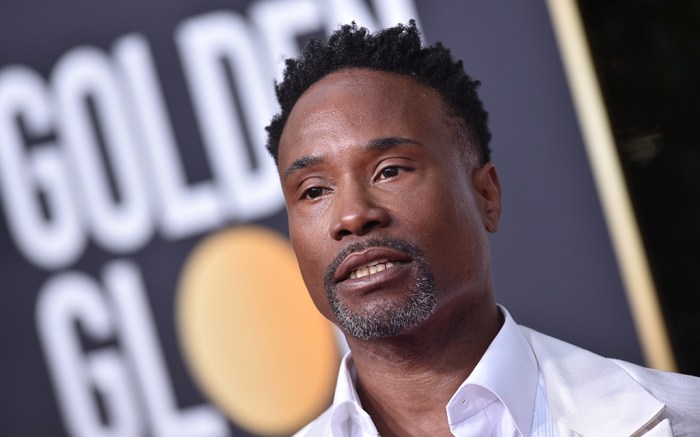 Make no mistake about it: Billy Porter is the red carpet’s biggest star.

The  “Pose” actor has carved out a reputation for himself as a risk taker, known for dramatic and androgynous looks that consistently set him apart from the crowd — which is why he was the single most-Googled person on the red carpet for 2019.

The buzz began at the 2019 Academy Awards. The Oscars is known to be one of the fussiest events of awards season, so Porter’s custom black-and-white Christian Siriano tuxedo gown was decidedly unexpected. And his tour de force of unconventional, statement-making style has continued in the months since.

At the Met Gala this May, Porter was one of the stars who best embodied the “camp” theme. His golden The Blonds look featured dramatic wings and a glistening headpiece, with custom embellished Giuseppe Zanotti boots to cap things off. Adding to the drama was his method of arrival: Rather than walking in, Porter was carried in on a bed by six shirtless men — camp, personified.

Porter has also used his fashion to make broader social statements. At the Tony Awards this June, the Broadway star wore a custom red velvet look by New York-based Celestino Couture. The outfit was meant to resemble a uterus in support of a woman’s right to choose. Custom, Swarovski-embellished heels from Orel Brodt completed Porter’s look.

“I know it’s never been done before,” Porter told FN of his style. ” For me, it was like, I’m going to wear a gown and these bitches are going to come for me. And I’m going to have to come for them.”

It may only be January, but Porter’s fashion tour de force is already underway for 2020. At the Golden Globes Awards, he wore a white Alex Vinash look with a dramatic feathered train, completing the look with bedazzled Jimmy Choo boots.

Then came the Critics’ Choice Awards. The Emmy Award winner wore a dramatic seafoam green jumpsuit from Hogan McLaughlin that resembled a gown from a distance. Underneath, he sported white platform boots from Coach, but the most delightful aspect of the look came from an unexpected accessory: dozens of colorful butterfly tattoos.

With several events still on the awards season calendar — the SAG Awards on Sunday are up next — Porter’s headline-making style streak is bound to continue. We’ll be watching.

Click through the gallery to see more of Billy Porter’s red carpet style.