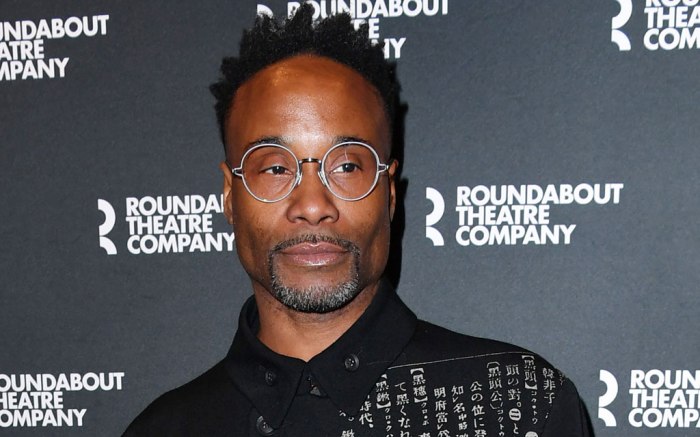 Billy Porter can’t get enough of his Coach platform boots.

The “Pose” actor wore the on-trend silhouette last night at the Broadway opening of “A Soldier’s Play” in New York. He teamed his shoes with a longline asymmetrical coat that had writing printed across one side.

Platforms are trending in a big way for fall — thanks to labels such as Givenchy, Gianvito Rossi and Rick Owens. The shoes provide a height boost with more stability than a stiletto, leading to a feeling of empowerment for the wearer. Porter’s pair — which he’s worn before —  boasts a chunky heel, an almond toe and a shiny leather upper.

At the 2019 FN Achievement Awards, Porter spoke with FN on the red carpet about his first time walking in heels, calling the experience “powerful.”

“As a black gay man, my masculinity has been in question from the time that I could walk. And the worse thing you can do as a black gay man in America is appear feminine, aka put on some heels. From the minute I was able to do that freely, I felt the most grounded, the most powerful, the most masculine I have felt in my life,” he said.

Click through the gallery for a look at Billy Porter’s best red carpet fashion.