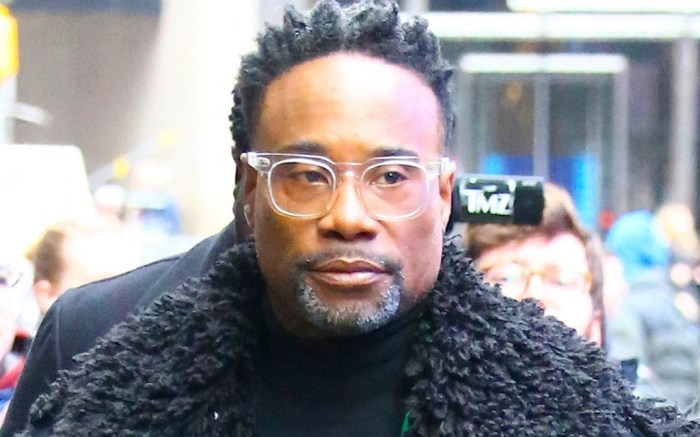 Billy Porter took to Instagram today to urge fans to vote, and he did so in style.

The “Pose” lead shared a video on the photo-sharing platform of himself dancing about in a little black dress teamed with bold red thigh-high boots resembling the “Kinky Boots” boots. He waved around an American flag in the clip.

“We are just 100 days out from the U.S. presidential #election. I know I asked y’all the other day but ima ask it again and again. Are 👏🏾 you 👏🏾 registered 👏🏾 to 👏🏾 #vote👏🏾? If not, please register today and encourage your friends to join you. If you are registered, drop a ✊🏾 in the comments below. And yasss I mean er’body! ✊✊🏻✊🏼✊🏽✊🏾✊🏿 #iAmAVoter #ChangeForGood ✌️,” Porter wrote on Instagram.

Porter starred in “Kinky Boots” from 2013 to 2015, originating the role of Lola. For his captivating performance, the A-lister received the Tony Award for Best Actor in a Musical. While it’s uncertain whether the boots sported in Porter’s latest Instagram post were a holdover from his days in the show, he wore similar shoes night after night as Lola. The footwear for the production was created at T.O.Dey, a custom shoe factory located near Broadway. For the 20 members of the cast, about 150 pairs of shoes were made, with prices tapping out at about $2,000.

When he’s not on stage, Porter is known for his personal style, putting together can’t miss outfits alongside stylist Sammy Ratelle. The Emmy winner has opted for bold outfits from labels such as Christian Siriano and The Blonds.

made an appearance on the red carpet at the 2019 FN Achievement Awards, where he introduced Jimmy Choo’s Sandra Choi as she was inducted into the Hall of Fame. Speaking to FN on the red carpet, the Broadway star discussed his lifelong relationship with fashion.

“I have frolicked around in frocks from the time I can remember. People have always talked about my fashion; people have always talked s**t about me because of my fashion. Because I never cared,” Porter explained. “What’s happening right now — it’s not an accident. My friends actually had to remind me of that. They said, ‘This is an extension of what you’ve always done. You now just have a budget and designers who want to do it for you.’ “

Below, we’ve rounded up a few thigh-high boots you can shop to achieve a similar look to Porter.

Click through the gallery to see Billy Porter’s best red carpet fashion over the years.